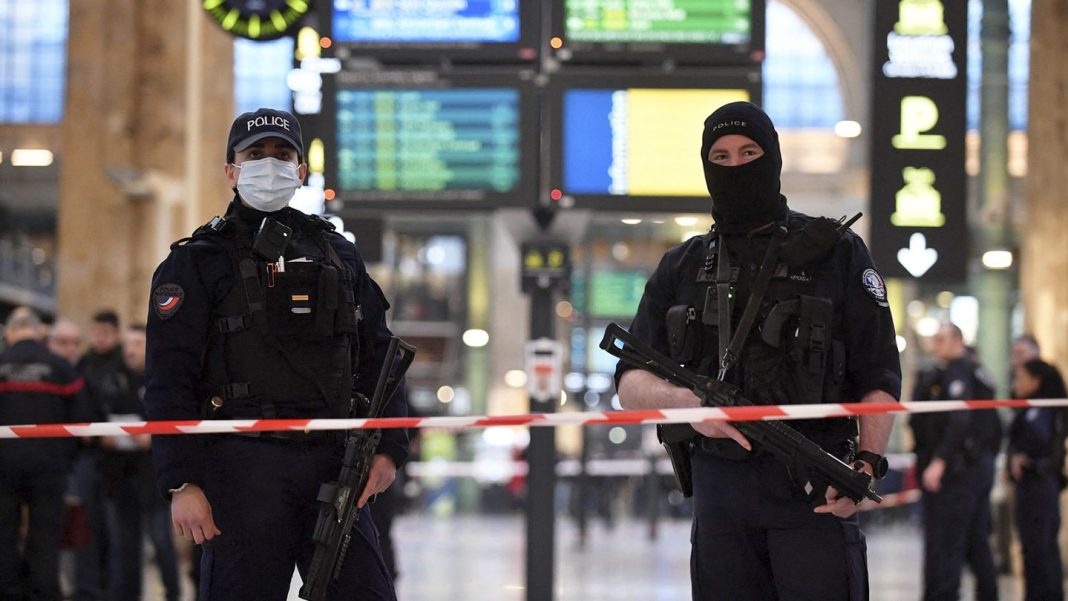 West News Wire: A man brandishing a knife at the bustling Gare du Nord station in Paris on Wednesday caused six individuals to sustain minor injuries, according to police and prosecutors.

After they opened fire and injured him, the man was taken into custody by police at the station, a bustling commuter hub that also serves as a departure point for trains to northern France, London, and northern Europe, according to a police source who wished to remain unnamed.

According to a person familiar with the investigation, the stabbings were being treated by police as criminal acts rather than terrorist attacks.

The source claimed that as cops fired multiple bullets, the attacker suffered a fatal chest wound.

Le Parisien daily said that an off-duty police officer was the first to take action against the assailant.

“He was quickly neutralised. Thank you to the police for their effective and courageous response”.

The incident caused major delays to trains at the station in the early morning rush, according to the live departure board of operator SNCF.

Police cordoned off the station, and set up large white curtains around the attack scene.

The Gare du Nord is one of the world’s busiest train stations with 700,000 travelers per day.

The attacker’s motive was not immediately clear. France remains on a state of heightened security alert after a spate of deadly attacks by Islamist radicals, and others, since 2015.

In December, a suspected gunman killed three Kurds in Paris.

Read More
"IHU" coronavirus variant "on our radar" but not a threat: WHO

The 69-year old suspect confessed to a “pathological” hatred for foreigners.