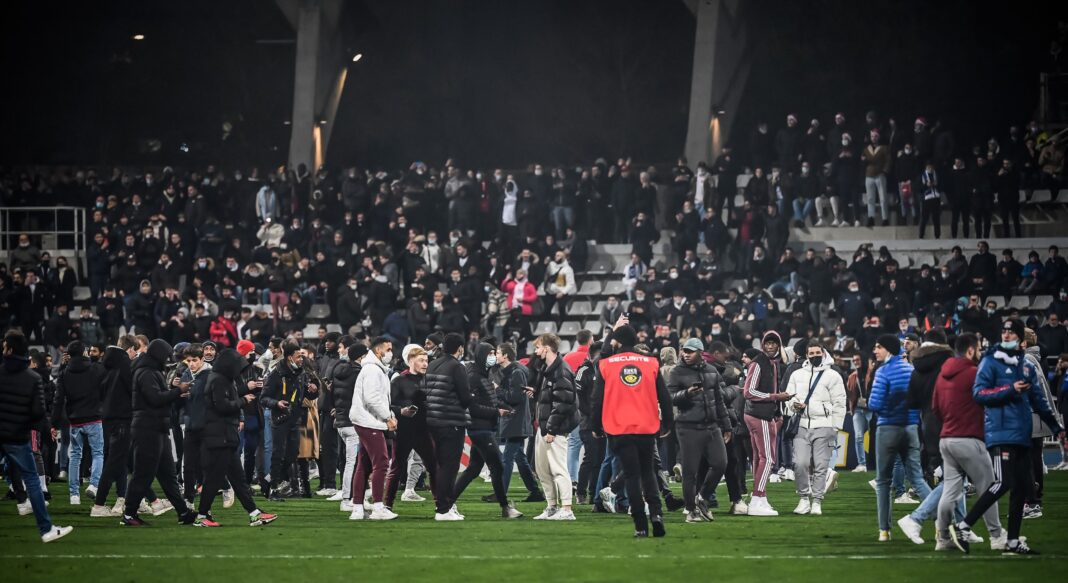 West News Wire: Due to supporter violence that erupted during a match between the two teams on December 17, Paris FC and Lyon have been disqualified from the French cup.

With the score tied at 1-1 at halftime, the game was called off. Flares were hurled back and forth between home and visiting fans in one of the stands, resulting in violence.

As things deteriorated and people spilled onto the pitch, the stadium announcer at the Stade Charléty announced that the game would no longer be played moments before the second half was set to begin.

The French Football Federation’s (FFF) Disciplinary Committee decided on Monday to give Paris FC and Lyon a loss of match, which means Nice, who were set to face the winner of the encounter in the round of 16, will now face the loser.

Lyon has been suspended from the French Cup with a stay of execution from the 2022/2023 edition.

They will also not be allowed to have away supporters attend games until the end of the season. This sanction will apply in Ligue 1.

Although no arrests were made at the time of the trouble, three Parisian ultras supporters were subsequently arrested. Two of them will be tried for violence in a group, according to the public prosecutor’s office, which opened an investigation the day after the events.

Fan violence has cast a shadow over the French football season already, with a number of incidents involving fans since the season kicked off in August.

Lyon have already been ordered to play two games behind closed doors and deducted a league point after their home game on November 21 was abandoned when Marseille’s Dimitri Payet was hit on the head by a bottle thrown from the crowd.