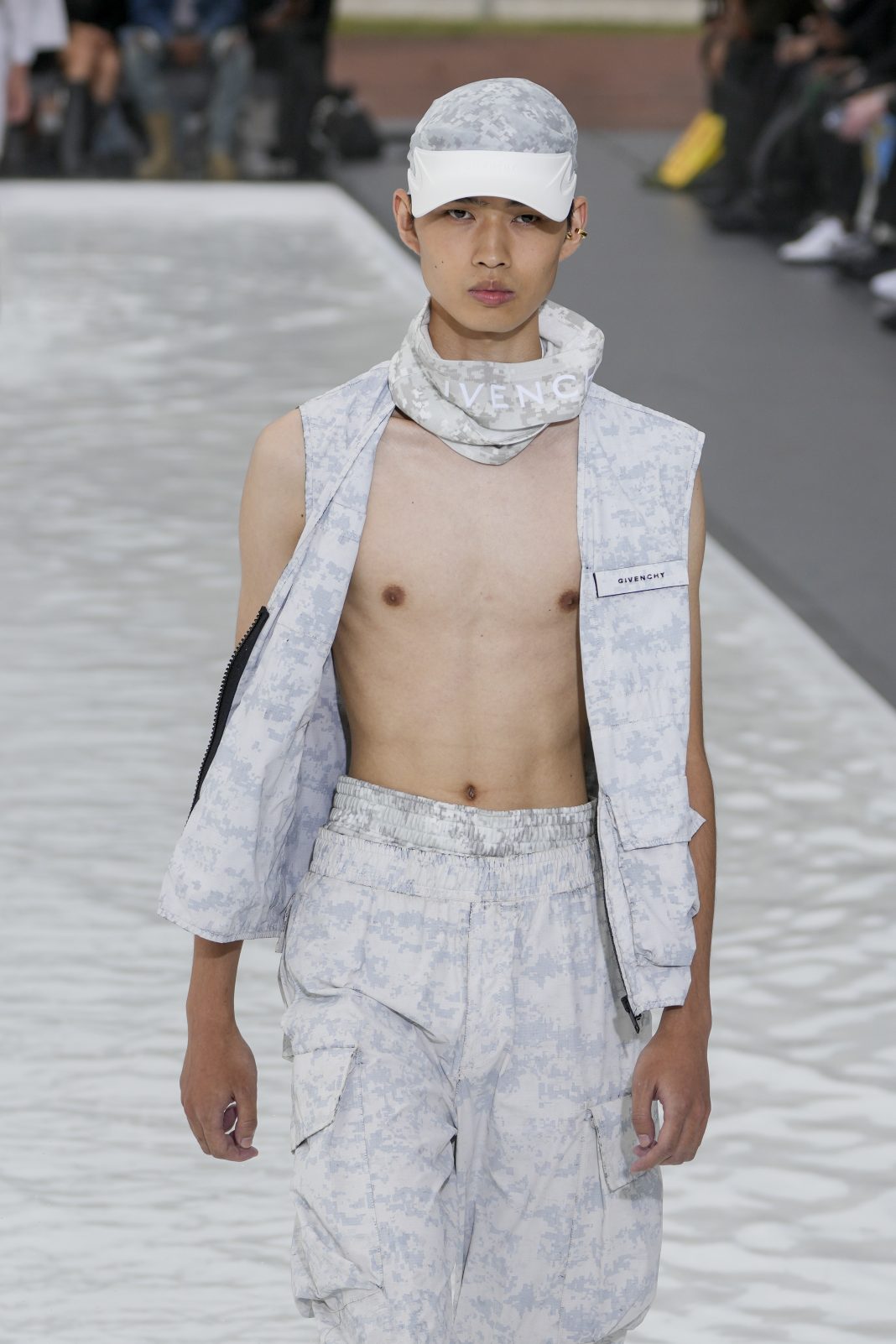 Models, frequently baring their chests and donning waterproof footwear, stamped and splashed their way toward a blinding set light in the courtyard of the Ecole Militaire’s enormous font filled with milky-white water and foaming mist.

In his first standalone menswear show since being appointed in 2020, Matthew M. Williams obviously wanted to make a big impression. But how far did the American fashion designer go?

In name only, this was Audrey Hepburn’s chic Givenchy. Williams’ vision is compact, urban, and infused with sports.

The American designer, the former collaborator of Lady Gaga and Kanye West, brought his streetwear vibe again to the haute Paris runway. The muse this season was the style of Jamaican Reggae singer Alkaline, who worked on the show soundtrack.

Observations from Williams’ past produced many of the looks. The bomber jackets with laser-cut house logos that opened the show were inspired by those the designer used to admire in Harlem, New York. Elsewhere, the street styles of California mixed with preppy styles, such as torn tailored pants.

Williams said of his collection backstage that “everything is grounded in reality. I could see the guy in each look existing on the street for me that’s a really modern approach.”

But at times this everyday vibe let the collection down. For instance, one simple pink sweat suit, worn open on a bare chest with gold chain, did not quite feel developed enough an idea for the high fashion runway.

Still, the tailoring was strong throughout as expected for the house for instance in one broad, ’80s black tailored coat that cut a fine shape.

Marking haute couture week, Dior is reviving a floating 19th century spa that existed on an elegant barge at the Pont-Neuf bridge.

The spa, which was called Bains de la Samaritaine, was reputed to be Western Europe’s most luxurious at the time and the mother of modern luxury spas.

One of only a handful of women designers in menswear, Andam Prize-winning British designer Bianca Saunders was in a confident mood Wednesday in a deft sophomore show that channeled her native London.

Saunders, who has Caribbean roots, quickly came to fame after graduating from Central Saint Martin’s a few years ago. Minimalism was at the heart of this display.

Oversize quirky details such as collars and pockets morphed creatively into artistic form, sometimes on looks that verged on the space-age. One silver glam rock suit with sanitized elasticated pumps evoked the pandemic.