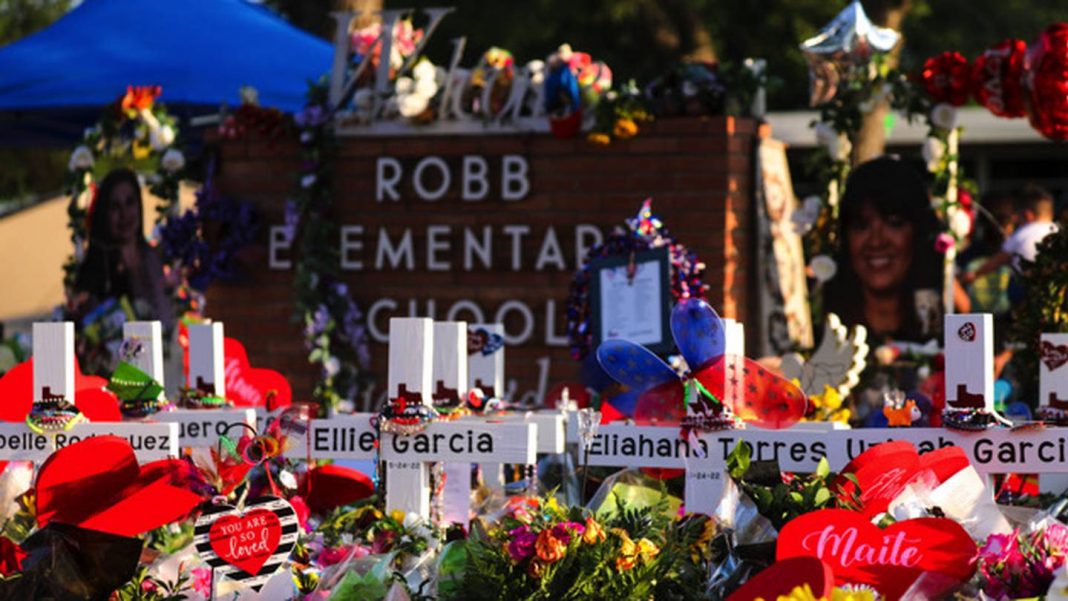 West News Wire: At an emotional meeting of the Uvalde, Texas, school board Monday night, parents of victims of the Robb Elementary School shooting and other members of the community called for the resignation of embattled school district Police Chief Pete Arredondo.

The board’s monthly meeting took place almost a month after the attack that killed 19 students and two teachers.

Brett Cross, the uncle of student Uziyah Garcia, who died in the shooting, said, “Having Pete still employed, knowing he is incapable of decision-making that saves lives is terrifying.” “Innocence does not hide, innocence does not alter its story, but innocence did perish on May 24.”

Scores of law enforcement officers responded to the shooting on May 24, with 19 of them waiting 77 minutes in the hallway outside the classroom containing the gunman, after Arredondo, the incident commander, wrongly believed that the situation had transitioned from an active shooter to a barricaded subject, law enforcement has said.

“At one point or another you’re going to have to draw a line in the sand to decide if you hold one of your own accountable,” said Jesus Rizo Jr. “Pete, Mr. Arredondo, is also my friend. I’m sure we all got along with him. At one point or another, we’re going to have to decide if we hold them accountable. And I pray that you make the right decision.”

“Not a single responding officer ever hesitated, even for a moment, to put themselves at risk to save the children,” Arredondo told The Texas Tribune on June 9. “We responded to the information that we had and had to adjust to whatever we faced. Our objective was to save as many lives as we could, and the extraction of the students from the classrooms by all that were involved saved over 500 of our Uvalde students and teachers before we gained access to the shooter and eliminated the threat.”

Uvalde school board meetings typically allow up to 15 minutes total for public comment, but board members expanded the timetable for Monday’s meeting.

A number of attendees held “Fire Pete Arredondo” signs as they stood at the side of the auditorium.

Among those at the meeting was Lyliana Garcia, 16, who lost both her parents as a result of the attack. Her mother was Irma Garcia, one of the teachers who died during the shooting, and her father was Joe Garcia, who died of a heart attack two days later.

“The horrifying manner in which my mother was murdered and taken from us completely shattered our hearts, but made my dad’s stop,” Garcia said. “There shouldn’t have been a reason my mom didn’t come home that day.”

Garcia said she’s now trying to fill the shoes of both parents  a burden no one her age should have.

“The table we once sat at with absolute joy and laughter is now quiet and has two empty seats,” she said.