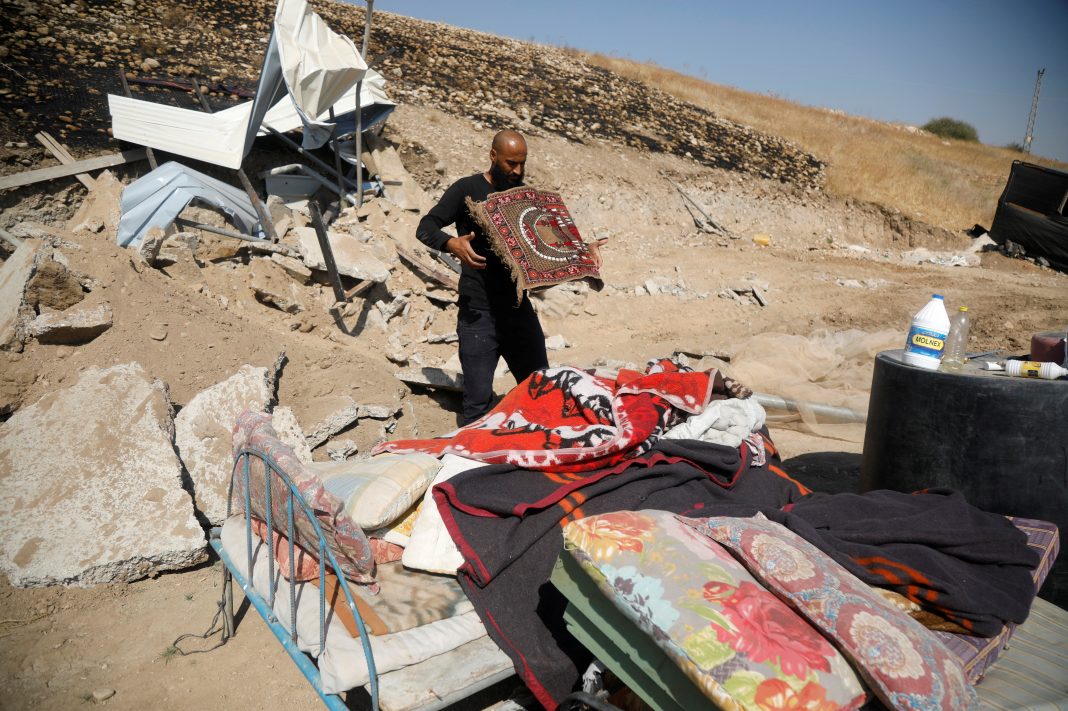 West News Wire: The sixth election in three years will take place in Israel on November 1. The effort to remove Benjamin Netanyahu, Israel’s longest-serving prime minister, who is accused of corruption and has polarized the political system in recent years, was only momentarily successful. Now that competing parties are unable to create a stable government without him, Netanyahu is expected to make a comeback.

The next election will bring about no changes for Palestinians, regardless of the outcome, that much is certain.

Over the past few years, every attempt to remove Netanyahu has been driven by animosities toward him personally, disapproval of his corruption, or personal ambitions for other Israeli leaders. None of them were motivated to challenge his policies towards the conflict with the Palestinians, though. In fact, when it comes to Palestinian human rights, Netanyahu’s political rivals are carbon copies of him.

A false narrative that the right-wing coalition in general and Netanyahu in particular are the root of Israel’s problems has emerged during the past ten years. Although Netanyahu undoubtedly contributed more than any other Israeli leader to the colonization of more Palestinian territory with settlements and the elimination of the possibility of a Palestinian state, the truth is that his attitude toward the Palestinians represents Israel’s mainstream, not just the right-wing.

Because of this, it doesn’t matter who wins the Israeli elections to the Palestinians. Although they may go by different names, mainstream Israeli parties all share the same objectives, which are to firmly establish the occupation and the system of oppression against the Palestinians. Different parties have run in elections over the years, but the outcomes have remained the same.

The Palestinians have already experienced life under Netanyahu, and in recent months, they have had a taste of what it will be like under the leadership of centrist figures like Yair Lapid, the current Israeli prime minister, and Benny Gantz, the defense minister.

The prospects for the two-state solution are fatally compromised by these ambitions. A viable Palestinian state with East Jerusalem as its capital will be severely harmed by the proposals, which will prohibit Palestinian continuity between East Jerusalem and the West Bank.

Despite the fact that the international community has long regarded those settlements as off limits because of how they would affect the possibility of resolving the conflict, they have nonetheless advanced under Lapid and Gantz’s supervision and with their approval.

Additionally, under their watch, daily violence by the occupation against Palestinians increased, with the West Bank over the past few months witnessing an increase in violent home raids on Palestinians, excessive use of force, shoot-to-kill policies, and mass incarceration campaigns, all of which have contributed to the escalation of the conflict.

Israel has recently frequently permitted Israeli settlers to pray and carry out Jewish rites in the Al-Aqsa compound in violation of the status quo, which is a grave provocation to the Palestinians. This is another extremely hazardous escalation. The quickest and most efficient method to raise tensions is through these offenses against the third holiest site for Muslims.

A two-day military attack on the Gaza Strip that Lapid and Gantz launched without warning in August resulted in 44 Palestinian deaths, more than 350 injuries, and the destruction of hundreds of Palestinian houses. They probably started this military action to gain political points in preparation for the approaching election.

Therefore, when it comes to oppressing the Palestinian people, intensifying the conflict, and securing the occupation, Lapid and Gantz’s ideas for Israel are essentially the same as those of Netanyahu and the right-wing.

For years, Palestinians have been presenting this truth to the West. The mainstream Israeli political parties do not support granting the Palestinian people their fundamental rights, as well as their equality, freedom, or dignity. Anyone who does so is quickly shunned and sent to Israeli politics’ periphery.

The majority of Israel’s political parties all support keeping the occupation in place and thwarting the creation of a Palestinian state.

As Netanyahu himself noted in 2017, there is a “near complete accord” in Israel over how to handle the Palestinians, “contrary to what people imagine.”

Yitzhaq Rabin, the former Israeli prime minister and architect of the Oslo Accords, laid out the fundamental principles of this agreement in his final speech to the Knesset in 1995, according to Netanyahu.

The agreed-upon conditions are as follows: Jerusalem must stay unbroken, Israel must continue to occupy the Jordan Valley, significant settlement blocs must be annexed and maintained, and there can be no other authority over the territory between the sea and the river.

These criteria leave the Palestinians with nothing but isolated Bantustans in the West Bank, without freedom, sovereignty, or control over borders. The majority of Israeli politicians and political parties adhere to this model, which they have been striving toward over the past few decades.

All of Israel’s mainstream parties, including Gantz’s National Unity party and Lapid’s Yesh Atid, which are running in the upcoming election, adhere to that paradigm.

The obvious conclusion is that when it comes to their primary policy towards Palestinians, the mainstream Israeli parties are essentially identical. They support the ongoing denial of Palestinian rights, the savage blockade of Gaza, the daily attacks on Palestinians in the West Bank, the growth of settlements, the demolition of houses, and the list goes on.

The international community must listen to what Palestinians have been saying for decades about the lack of any mainstream Israeli official or party that believes in peace, freedom or equality.

The only way a radical shift in the Israeli political arena can happen is from an outside force that’s why it’s paramount that the international community, led by the US and the EU, starts to hold Israel accountable for its continued violations of Palestinians rights. Otherwise, Israel will continue in this direction and will become more and more extreme as has happened over the past years.