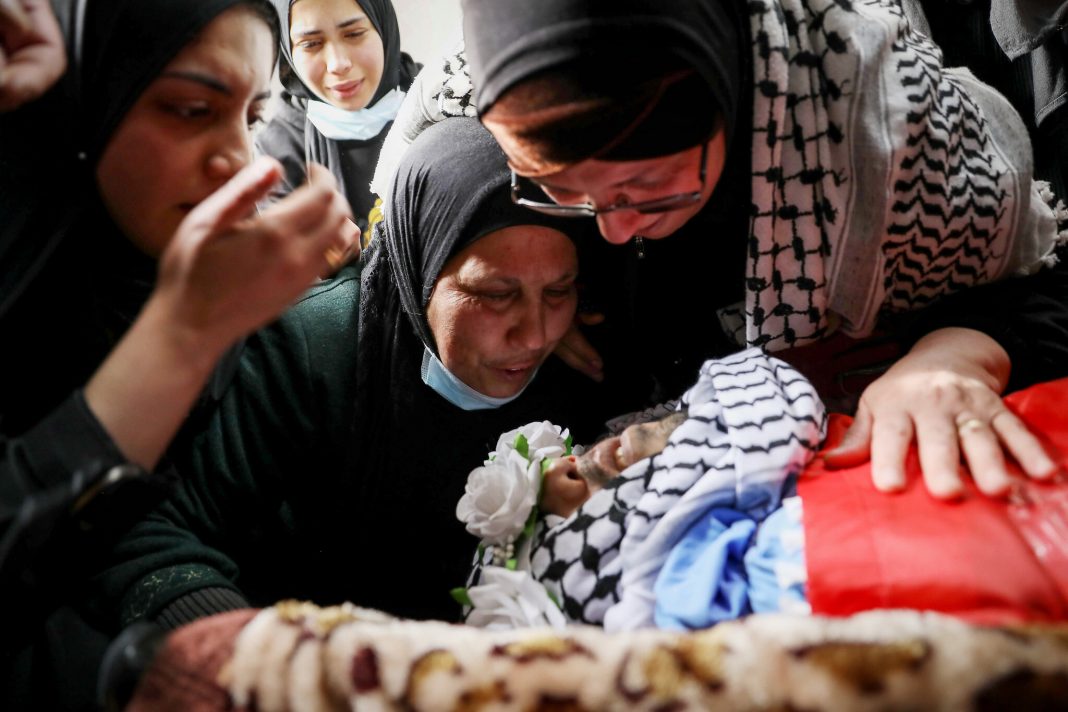 West News Wire: A Palestinian adolescent was shot and killed by Israeli soldiers on the outskirts of Nablus, in the northern section of the Tel Aviv occupied West Bank.

According to the Associated Press, the victim was named as 16-year-old Ghaith Yamin by the Palestinian Authority’s health ministry.

The person died in a hospital early Wednesday from a gunshot wound to the head, according to the ministry. The adolescent sustained the injury amid fighting with Israeli forces.

The skirmishes occurred while the IDF were transporting illegal Israeli settlers to a shrine in the area, according to the official Palestinian Wafa news agency.

At least 15 Palestinians were wounded by live fire during the clashes, the agency added, identifying the site of the clashes as the periphery of “Joseph’s Tomb.”

Some Israelis believe the site to be the burial place of Prophet Joseph, while Palestinians say it is the tomb of a Sheikh.

The clashes came at a time of heightened tensions between the two sides spurred by the Israeli regime’s recent assassination of well-known Palestinian journalist Shereen Abu Akleh.

The veteran Al Jazeera journalist was shot in the head on May 11, when she was reporting on an Israeli raid on the Jenin refugee camp in the West Bank

The Israeli regime has, however, refused to assume responsibility for the murder.

Al Jazeera Media Network has assigned a legal team to refer the killing of its journalist Shireen Abu Akleh to the International Criminal Court in The Hague.

The network said in a statement on Thursday that it has formed an international coalition that consists of its legal team along with international experts, and is preparing a dossier on the murder of Abu Akleh for submission to the ICC prosecutor.

Most recently, reports said Manu Pineda, an official with the European Union’s Parliament, who had been supposed to travel to the occupied territories, to examine the situation on the ground following the murder, had been denied entry by the occupying regime.