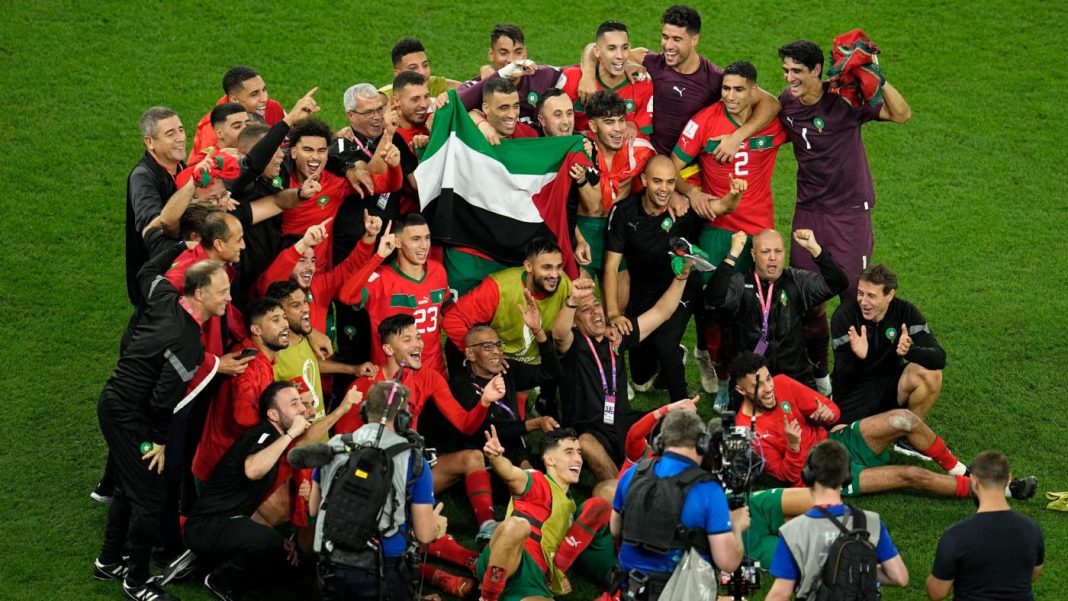 West News Wire: Palestinians were violently suppressed from celebrating Morocco’s historic victory over Portugal in the World Cup quarterfinals on Saturday by Israeli soldiers in the occupied east Jerusalem.

Palestinian football supporters had gathered in numerous locations throughout East Jerusalem to commemorate Morocco’s incredible 1-0 victory over Portugal, which gave them the first African or Arab side to advance further in a World Cup tournament.

In support of Morocco’s triumph, fans waved the Palestinian and Moroccan flags and chanted.

According to footage posted online and cited by Palestinian Authority media, Israeli police officers in the Damascus Gate neighborhood pursued down the revelers as others beat Palestinians with batons in response to the open display of joy.

Despite the clampdown, Palestinians continued to publicly celebrate the Atlas Lions’ win, according to Wafa, the Palestinian Authority’s official news site.

Morocco’s stellar performance in the World Cup in Qatar has prompted enthusiastic support from Palestinians everywhere, including in the occupied West Bank and the besieged Gaza Strip.

Palestinians had also expressed support for other Arab nations who made it to the tournament but were knocked out in the group stages, namely hosts Qatar, Saudi Arabia, Iran and Tunisia.

The solidarity has been reflected back in abundance, with football fans from the Arab world beyond displaying vocal and visible support of the Palestinian cause while in Qatar.

Palestinian national flags have been waved during several matches, and calls for freedom for the occupied land have been made on live television.