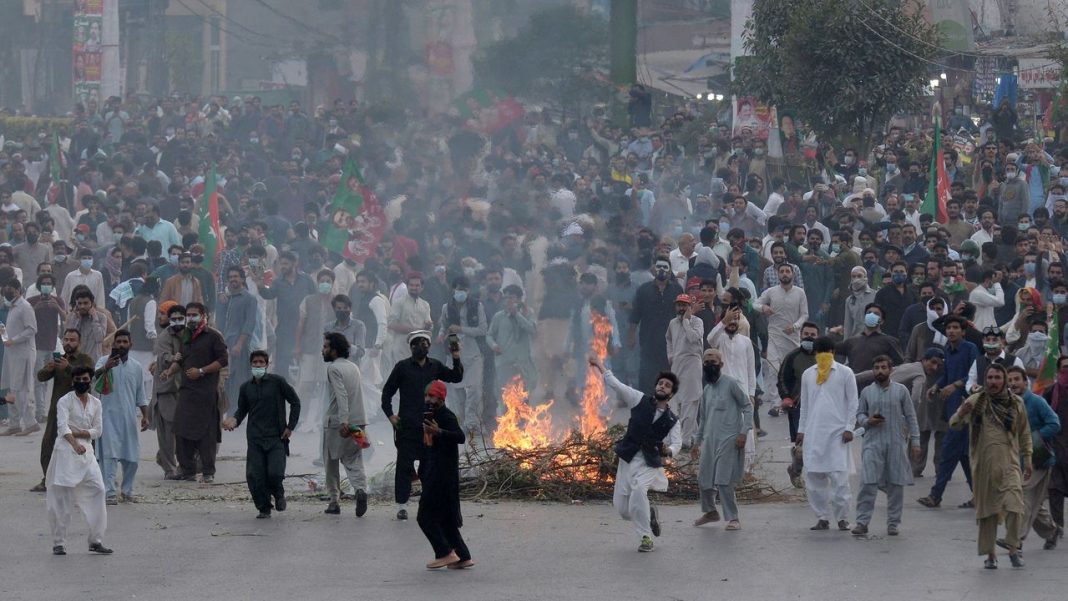 West News Wire: Shehbaz Sharif, the prime minister of Pakistan, has denied accusations that he took part in the attempt on Imran Khan’s life, but supporters of the former leader of the country are still calling for an investigation into the shooting.

Khan was wounded in the leg on Thursday during a protest against the government. The assassination attempt on the former cricketer-turned-politician has been attributed to Sharif, Interior Minister Rana Sanaullah, and a senior Pakistani army officer.

In response to Khan’s three namesakes, Sharif stated on Saturday, “I don’t have the right to remain in government if there is any crumb of proof found regarding my role in this issue.

“I will quit politics forever if it comes to that,” he told reporters in the northeastern city of Lahore.

Sharif said the former prime minister is damaging the country with “false and cheap conspiracies”. He urged the Supreme Court to form a full-court commission to investigate the “grave” allegations.

“I request the honourable Chief Justice of Pakistan Umar Ata Bandial to form a full-court commission as there should be an immediate decision on this issue after a thorough investigation,” he said.

On Friday, Pakistan’s powerful military, which has ruled the country for more than half of its 75 years of independence, responded by calling Khan’s statements “irresponsible and unacceptable”.

Khan maintains his removal from office in a vote of no-confidence in April was part of a “foreign conspiracy” plotted in the United States with the help of the Pakistani opposition parties – a charge repeatedly denied by the government, the powerful military, as well as Washington.

Khan has held dozens of rallies across the country since April demanding snap elections. He was leading a march to the capital, Islamabad, to press his demands when a gunman opened fire in eastern Punjab’s Wazirabad district.

In the past, he has also accused military officials of custodial torture and harassment of his party workers, which include a senator and a top aide.

The Pakistan government on Saturday issued an order asking the Pakistan Electronic Media Regulatory Authority (PEMRA) to reverse its decision to ban live speeches of Khan on TV channels.

The government, according to information minister Marriyum Aurangzeb, believes in free speech and democratic principles and would not obstruct the public’s access to Khan’s comments.

In the meantime, on Saturday, Khan’s supporters persisted in their demonstrations in all of Pakistan’s main towns, calling for justice and the resignation of the three people accused of carrying out the assassination attempt.

His party’s workers and backers claimed that because they felt Khan was telling the truth, they did not need him to present any evidence to refute his assertions.