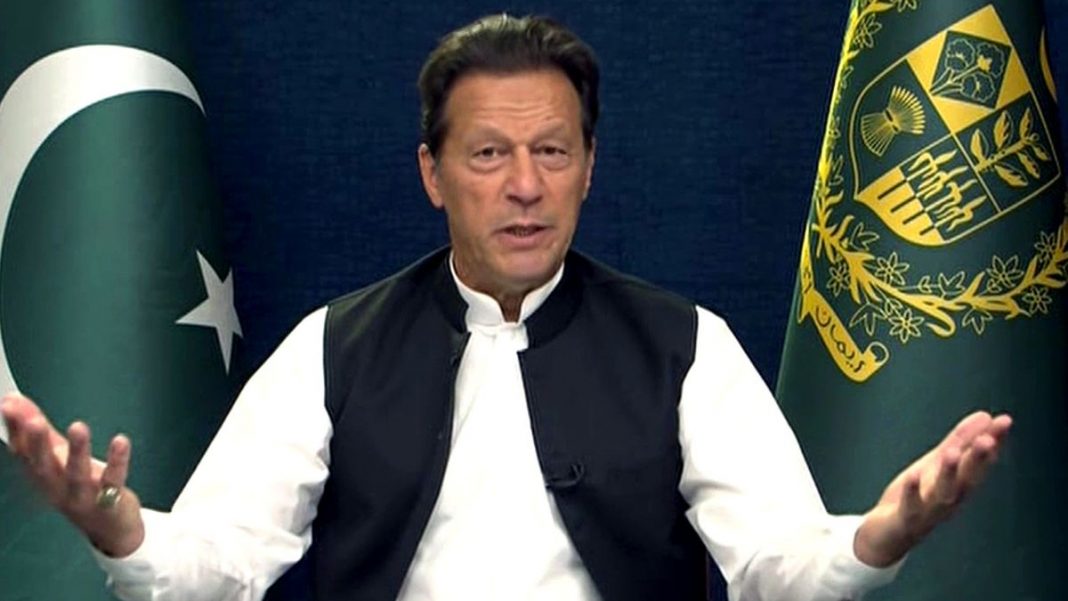 West News Wire: Imran Khan’s terrorism-related charges have been dismissed, according to a high court in Pakistan.

The 69-year-old allegedly made threats against law enforcement and judiciary officials in August at a demonstration in Islamabad, the country’s capital.

On Monday, Khan’s attorneys announced that the Islamabad High Court (IHC) had dismissed the terrorism accusations against the former cricketer-turned-politician.

Khan was accused of making threats against law enforcement and judges during a speech at a gathering on August 20 after one of his close advisors had his bail revoked in a sedition case. Following his contentious comments, Khan was charged with “terrorism” in Pakistan under Section 7 of the Anti-Terrorism Act.

Faisal Chaudhry, one of his lawyers, said Khan’s alleged offense did not attract terrorism charges, but the IHC ordered that proceedings on the other sections in the case would continue in the relevant forum. “The case against Imran Khan, however, will remain intact, that will now be tried in an ordinary court, instead an anti-terrorism court,” Chaudhry said.

Babar Awan, another of his lawyers, said, “This is actually an order to quash the charges.”

“It only proves that these are trumped up charges, and just a tool for political victimization.”

The Islamabad police brought the charges against Khan and issued an arrest warrant following his public remarks. Khan had on multiple occasions explained that his remarks were not meant to be a threat.

Khan has faced several cases since April, when he was removed in an effort led by his successor Prime Minister Shehbaz Sharif.

One of the cases is at a crucial stage in the high court, which is slated to indict Khan on September 22 in a contempt of court case for threatening the judicial officer. If convicted, he could face disqualification from politics for at least five years.

Another lawsuit involves his Pakistan Tehreek-e-Insaaf (PTI) party receiving illegal foreign donations, which an electoral tribunal ruled to be the case.

Khan has lost the trust of the influential generals after purportedly riding to power in a 2018 election with military backing. Khan and the military both deny that he gained power with their help.

He has called for immediate elections at demonstrations across the country since being removed, but the ruling coalition has rejected the call, insisting that the polls would take place as scheduled by the end of 2023.