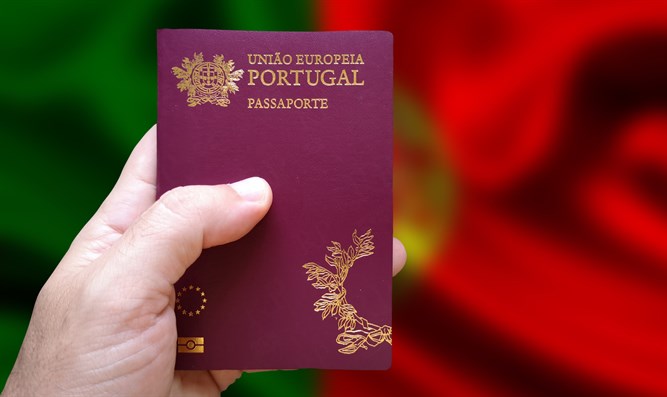 West News Wire: In 2020, more than 20,000 Israelis received Portuguese citizenship. This made Israel the second most popular country for European citizens.

Official data released by the Portuguese Ministry of Justice for the summary of 2020 show that no less than 149,157 people have received citizenship, which is a new record in the country.

This is an increase of two percent compared to the previous year. In the last two years alone, about 40,000 Israelis have received Portuguese citizenship.

As of 2020, Brazilians are at the top of the list of citizens: The country is home to about 184,000 Brazilian residents, who make up 27.8 percent of all foreigners in the country, according to the Foreign Service and Borders Service (SEF).

The Ministry of Justice explains the increase in the number of applications thanks to an amendment to the law, which allows citizenship to be granted to foreigners after five consecutive years of residence in the country.

In addition, since 2013 this right has been granted to descendants of Portuguese Spanish Jews, “through the demonstration of the tradition of belonging to a Spanish community of Portuguese descent, based on proven objective requirements of connection to Portugal, such as surnames, familiar language and more.”

It is important to note that there is no detail regarding the religious origin, and / or the basis on which the applications for citizenship were submitted.

Apparently, the increase in the number of citizens receiving is also related to the change in the law mentioned, since Jews around the world – in Turkey for example – applied for EU citizenship, which allows them more free movement, and even a kind of “insurance certificate”.

In recent months, thousands of Turkish Jews have traveled to neighboring European countries to be vaccinated against the Corona virus, due to the fact that they have European citizenship – mainly Portuguese.

Officials in the country, and even Portuguese public opinion, are greatly affected by the fact that many dozens of advertisements for citizenship have appeared in Israel, and sometimes in a shallow and self-interested manner.

In Portugal, the amendment to the law in question is treated as an amendment to a historical injustice caused to the Jewish people during the deportation from Spain, and therefore commercial advertisements are considered an insult to this amendment.

It is important to note that not all citizenship applicants do indeed live within the state borders, and this may have an additional impact on demographic decline.

Advocate Itai Moore, President of Portugal Beyond the Rainbow: “The figures are staggering. From the moment the Portuguese government approves the amendment in the law, Jews from all over the world return to their roots in Portugal.

Every day I witness more and more people who want to exercise their right to do so and in addition, get to know the existing Jewish communities better and also do business in Portugal. I believe that Israel will also star this year, despite the corona, in the first places in obtaining Portuguese citizenship. “