wnw24
Home Politics Over 28,300 migrants enter UK over English Channel which is a record 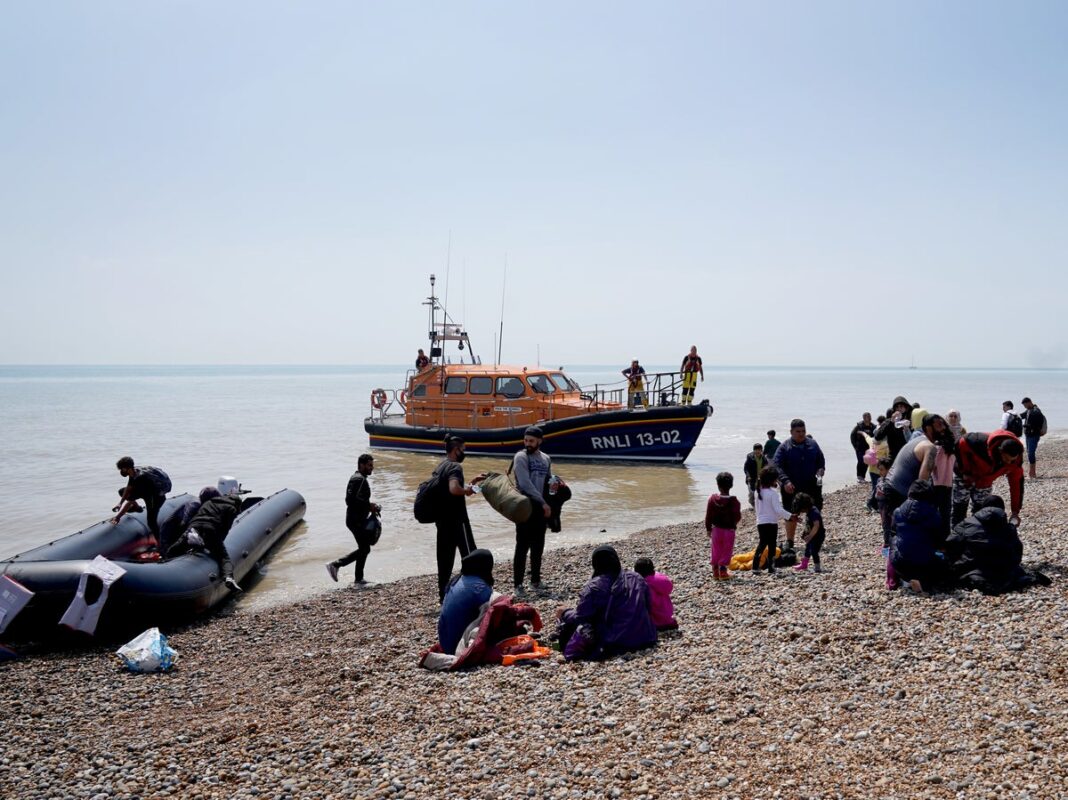 West News Wire: According to the latest figures, a record number of migrants entered the UK across the English Channel last year.

According to records from the Home Office and analyzed by the PA news agency, more than 28,300 persons made the perilous voyage in 2021, more than double the amount from the previous year.

The findings come as ministers are told that if the government continues with its present “dangerous and heartless” immigration approach, more people would perish in the stretch of sea between France and the United Kingdom.

The biggest number of crossings occurred in November, when at least 6,869 persons entered the nation, with almost 3,100 of them entering within six days.

On 24 November, at least 27 people died when their boat, which was likened to a blow-up pool, sank in the Channel.

During the same month, a new daily record for the number of people reaching British shores aboard small boats was set when 1,185 arrived on Remembrance Day.

In 2020, the highest daily figure was 416 which was recorded in September of that year.

Overall, at least 28,395 people reached the UK aboard small boats in 2021, according to PA analysis.

The yearly figure comes despite the UK government promising millions of pounds to French authorities to tackle the issue and the announcement of a new plan for immigration under the Nationality and Borders Bill.

If passed, the bill, which is currently in the House of Lords for readings, would make knowingly arriving in the UK without permission a criminal offence.

Home Office minister Tom Pursglove MP said: “Seeking asylum for protection should not involve people asylum shopping country to country, or risking their lives by lining the pockets of criminal gangs to cross the Channel.”

He said the government is “reforming” its approach by “making the tough decisions to end the overt exploitation of our laws and UK taxpayers”.

Mr. Pursglove added: “The public has been crying out for reform for two decades and that’s what this government is delivering through our New Plan for Immigration.”

Tim Naor Hilton, chief executive at Refugee Action, said that the UK government’s policy will lead to more deaths in the Dover Strait.

“[In November] we saw the deadly result of their strategy of keeping people out rather than keeping people safe, when at least 27 people died near our coast.

“And yet the government wants to legalize this dangerous and callous policy in its anti-refugee bill, which will only lead to more people drowning. It must wake up and scrap this bill now.”

Clare Moseley, founder of charity Care4Calais which supports refugees living in northern France, said rising numbers of small boat arrivals in Britain reflect a shift away from attempts to cross by lorry.

She said: “If the government were serious about stopping people smugglers, it would create a safe way for people to claim asylum and put people smugglers out of business once and for all.”

Despite the increasing numbers, the UK’s small boat arrivals are a fraction of the number of people arriving in Europe.

At least 120,441 people arrived in Europe via the Mediterranean by land and sea in 2021, according to data from the United Nations High Commissioner for Refugees.

At least 1,839 people are estimated to be dead or missing, according to the same data.