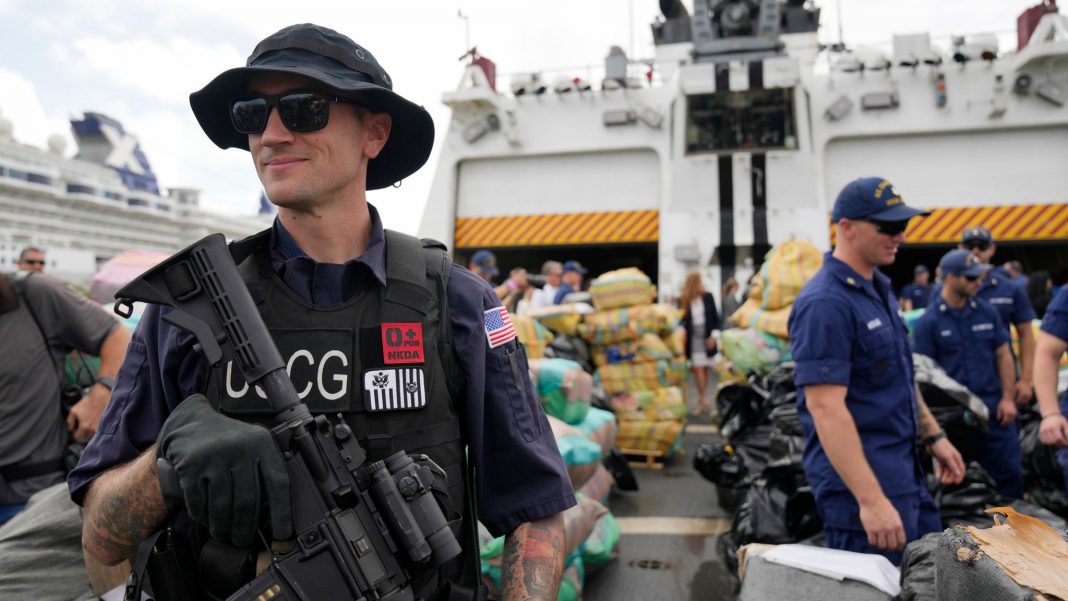 West News Wire: Drugs worth more than $1 billion (£730 million) have been unloaded on land following US operations off the coast of South America.

It was one of the largest drug busts in recent memory, demonstrating how the coastguard is employing increasingly advanced tools like drones and infrared cameras to detect heat from small cocaine-laden vessels.

“We are hitting the drug traffickers where it hits them most: their pocketbooks,” said Dr Rahul Gupta, head of the White House’s Office of National Drug Control Policy.

Mr. Gupta said the Biden administration is trying to increase the government’s budget to build up the nation’s addiction treatment infrastructure and reduce the supply of synthetic opioids, like fentanyl and other drugs.

However, it also draws attention to a recent narcotics spike in Colombia, a close US ally and the world’s leading cocaine producer.

On Thursday, officials from President Biden’s administration travelled to Florida to greet the crew’s return.