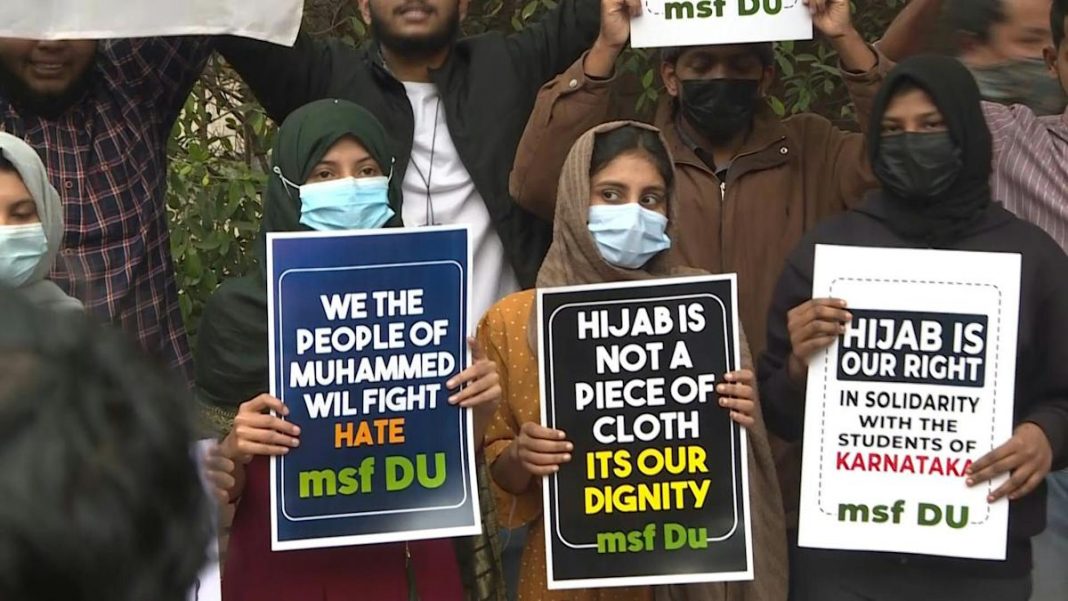 West News Wire: Chetan Kumar Ahimsa, an Indian actor and activist, was detained in India for reportedly attacking one of the judges considering appeals against the ban on hijab in schools in a tweet.

The police move came a week after Kumar questioned if Justice Krishna Dixit had “the clarity required” to handle the hijab issue case after making “disturbing comments” in a rape case in a Twitter post dated February 16.

Kumar retweeted an older post from her, dated June 27, 2020, in which the judge claimed it was “unbecoming of an Indian woman” to “fall asleep” after being “ravished,” giving early bail to the rape defendant.

This is a tweet I wrote nearly two years ago regarding a Karnataka High Court decision.

Justice Krishna Dixit made such disturbing comments in a rape case.

Now this same judge is determining whether hijabs are acceptable or not in govt schools.

The actor is a vocal activist for social causes and tweets often. A US citizen and a Fulbright scholar, Chetan Kumar is a firebrand Dalit rights activist who has been involved in several anti-right-wing protests in Karnataka.

Critics say he is often targeted for his social work and he is already facing two police complaints for his remarks against the Brahmin community, who are at the top of India’s Hindu caste hierarchy.

On Tuesday evening, the police issued a statement announcing that Kumar had been arrested for his tweet under “intent to incite a class or community to commit offence against another class or community” and for “intentionally insulting, thereby giving provocation to any person to break public peace.”

Police added that the actor would appear before a judicial magistrate but did not specify when. They announced that he would remain in jail at least till Friday, February 25.

The Karnataka High Court, in an interim order, has restrained all students, regardless of their religion or faith, from wearing saffron shawls, scarfs, hijab, religious flags, or the like inside classrooms.

The hijab ban has galvanized public sentiment, with people of all faiths questioning religious freedom and equality in one of the world’s most diversified countries. It has also stoked fears among the Muslim community about increasing persecution under the Hindu-nationalist government.