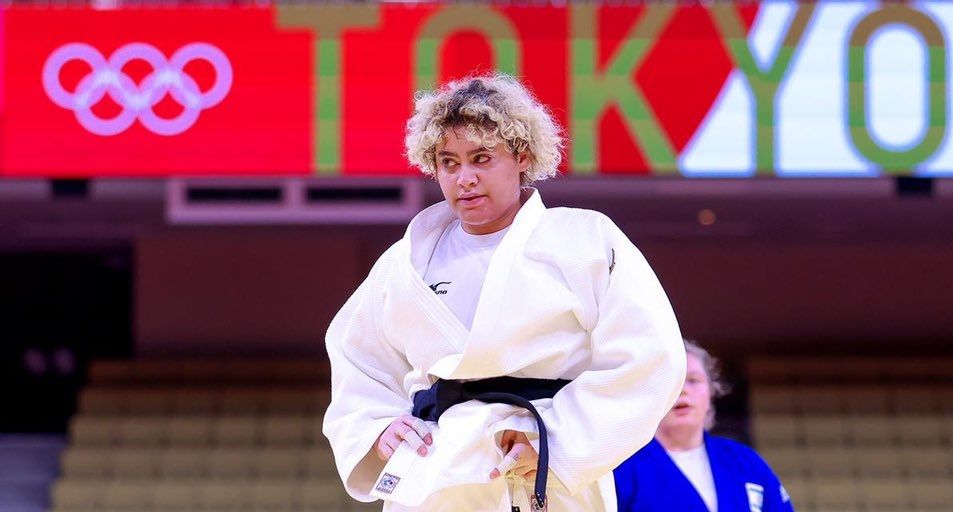 West News Wire: Saudi Arabian judoka Tahani Alqahtani competed against an Israeli opponent at Tokyo 2020 after two other Arab athletes in the men’s category boycotted their bouts against the occupation state earlier in the Olympic games.

Once Alqahtani lost to Raz Hershko in the over-78kg women’s category on Saturday, the two clasped each other’s hands and raised them in the air as a show of solidarity.

In a statement, the International Judo Federation (IJF) praised Alqahtani for competing against her Israeli adversary, despite mounting pressure to boycott the games in support of the Palestinian struggle for basic human rights.

“[…] Once again judo makes history and helps to build a better world, where respect is the core value of human relations,” the IJF said. “Saudi Arabia proves that, through sport, we can go beyond differences and make sport a force to unite the world.

Olympics enthusiast Terrence Burns, who shared a photo of Alqahtani and Hershko raising their clasped hands to Twitter, wrote that the two athletes are “showing the world how it’s (should be) done [sic]”:

Other users conveyed their outrage at Burns’ tweet, highlighting Israel’s violent and ongoing regime against the Palestinian people using the hashtag #FreePalestine.

Another Twitter user condemned the online support shown to Israel as a result of the fight in blatant disregard of the country’s war crimes.

Alqahtani also came under attack for removing her hijab for the match and not scoring a single point before her defeat.

“She was humiliated, disgraced, and did not advance in the rush towards normalisation more than zero,” another user wrote, adding a caricature of a beaten Alqahtani surrendering as fellow judokas from Sudan and Algeria walk past her with pride.

Her actions were a snapshot of recent events in Saudi which have seen the Muslim country, which many once saw as standing for Islam and its principles, cosying up to Israel, social media accounts said. Twitter user Thayer Hijazi added: “#Tahani_AlQahtani does not only represent herself, she represents the despicable nature of [Crown Prince Mohammed] Bin Salman.”

Israel is often accused of using its presence in international sports and cultural events as a means to ‘sportswash’ its human rights violations. Other Arab athletes have taken public stances against the normalisation of the relations under the guise of diplomacy in sportsmanship.

Algerian judoka Fethi Nourine was the first to withdraw from the 73kg men’s even at Tokyo 2020 after he found out he would have to face Israeli fighter Tohar Butbul in the second round.

This is the second time the athlete has pulled out of his second-round bout against the Israeli fighter, the first being at the 2019 World Championships in Japan. At the time, he explained it was to display his solidarity with the Palestinians.

After Nourine left the Olympic Games, the IJF withdrew his Olympics accreditation, stating his actions were “in total opposition to our philosophy.”

“We worked a lot to reach the Olympics… but the Palestinian cause is bigger than all of this,” Nourine said, declaring his decision as “final.”

With Nourine out of the games, Sudan’s Mohamed Abdalrasool, who was automatically qualified to face Butbul, withdrew.