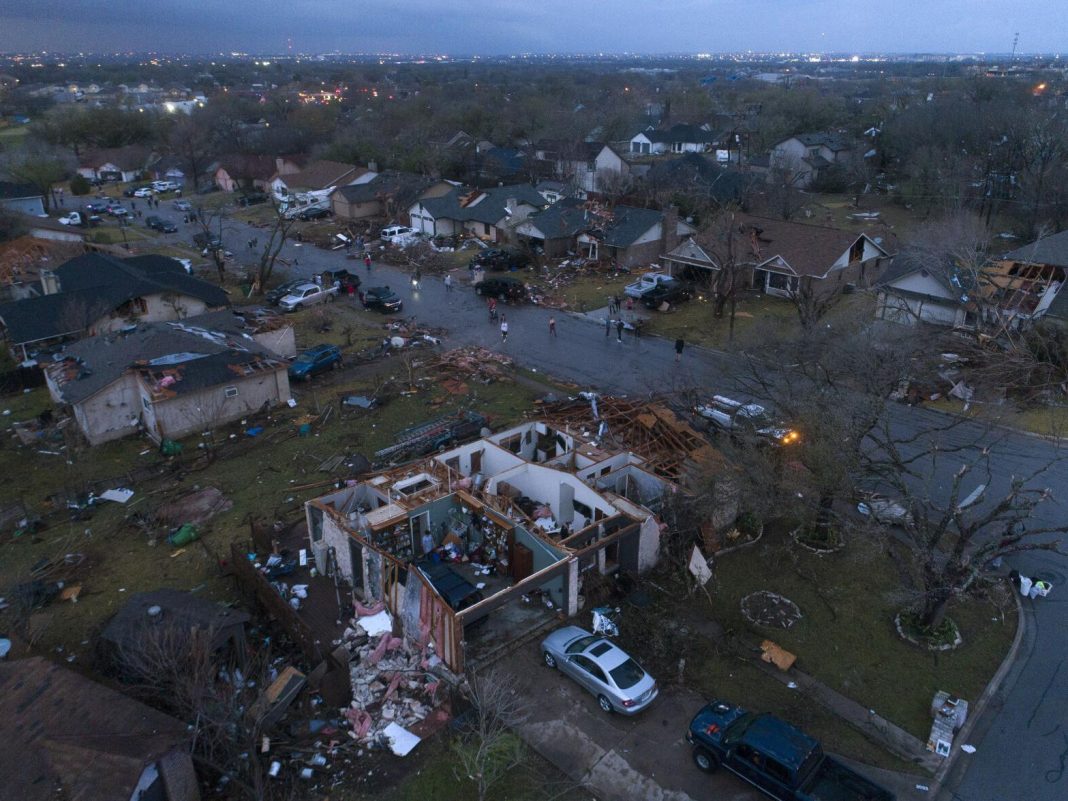 West News Wire: Following an outbreak of tornadoes Monday night in Texas and Oklahoma that wreaked havoc, killing one person and injuring at least ten others, at least three southern states were under a tornado watch on Tuesday.

According to the National Weather Service, 20 tornadoes were confirmed Monday night, 19 of them in central and northern Texas, causing damage to many houses and businesses. According to the local fire and police agencies, funnel clouds caused extensive damage in Round Rock, Texas, where roofs were ripped off homes.

Police in Round Rock, Texas, roughly 20 miles north of Austin, encouraged citizens to remain off the roadways at one point.

A tornado also ripped through a strip mall in Round Rock, damaging a restaurant, a bank, and cars in a Home Depot parking lot, authorities said.

In Jacksboro, Texas, about 60 miles northwest of Fort Worth, a high school and elementary school both sustained heavy damage, according to Jack County Rural Fire Chief Jason Jennings. Sixty to 80 homes were damaged in Jacksboro, Jennings said.

News helicopter footage Tuesday morning showed major damage to the Jacksboro High School, where the roof of a school’s gym either collapsed or was blown away.

The Texas Department of Public Safety confirmed that one person was killed in Northwest Grayson County, Texas.

Sarah Somers of the Grayson County Office of Emergency Management said at least 20 homes were damaged or destroyed in Grayson County, according to sources.

During the tornado outbreak, wind gusts of up to 64 mph and hail the size of golf balls were also reported across central and northern Texas.

NOAA’s Storm Prediction Center forecast the tornado threat to parts of Mississippi and Alabama as well.