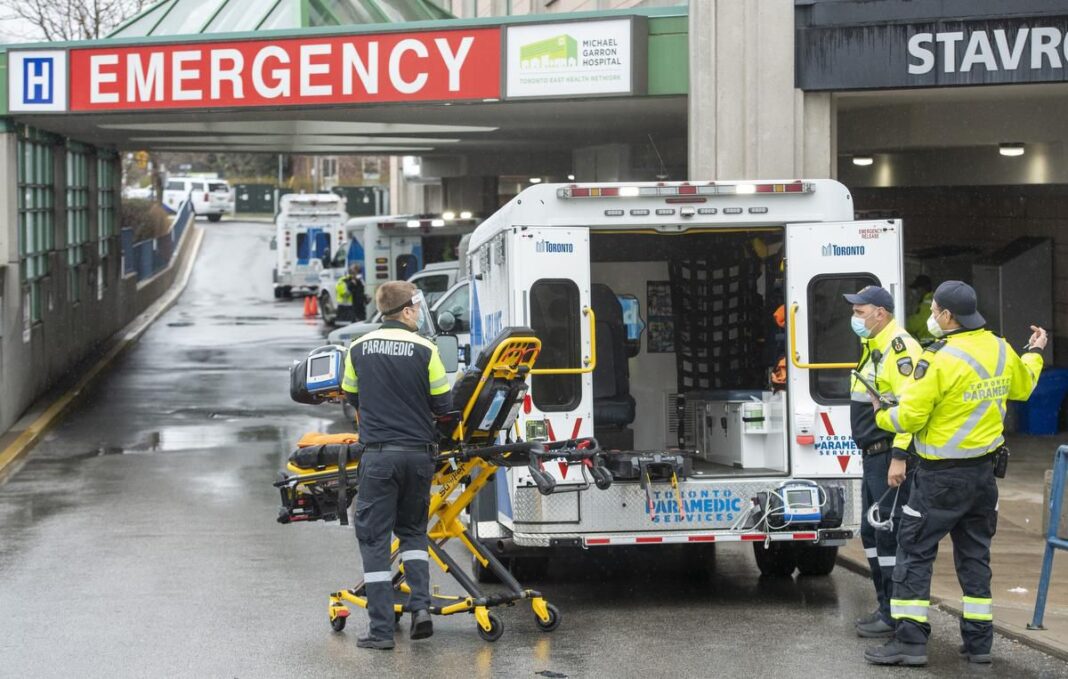 West News Wire: The Omicron strain of the coronavirus, which is spreading across South America, is putting pressure on hospitals whose personnel are taking sick leave, leaving them understaffed to deal with COVID-19’s third wave.

Due to a scarcity of manpower, a major hospital in Bolivia’s main city has stopped accepting new patients, and one of Brazil’s most populated states has cancelled scheduled procedures for a month. According to the Associated Press, Argentina’s private healthcare providers’ organisation believes that roughly 15% of the country’s health professionals are infected with the virus.

According to Jorge Coronel, president of Argentina’s medical confederation, the third wave “is hurting the health team a lot, from the cleaning staff to the technicians, with a high percentage of sick persons, despite having a complete vaccination schedule.” “While the majority of the symptoms are mild to moderate, that group is at risk and needs to be isolated.”

It wasn’t supposed to be this way: South America’s vaccine uptake was eager once shots were available. About two-thirds of its roughly 435 million residents are fully immunized, the highest percentage for any global region, according to Our World in Data. And health workers in Brazil, Bolivia and Argentina have already been receiving booster shots.

But the omicron variant is defying vaccines, sending case numbers surging. Argentina saw an average 112,000 daily confirmed cases in the week through Jan. 16, up from 3,700 a month earlier. Brazil’s health ministry is still recovering from a hack that left coronavirus data incomplete; even so, it shows a jump to an average 69,000 daily cases in the same seven-day period, up 1,900% from the month before.

Omicron spreads even easier than other strains, and is already dominant in many countries  among them, Brazil and some parts of Argentina. It also more easily infects those who have already been vaccinated or infected by earlier versions of the virus. Early studies show omicron is less likely to cause serious diseases than the delta variant, and vaccination and booster shots still offer strong protection against serious illness, hospitalization and death.

Lesser severity leaves South America’s residents loath to give up their long-awaited summer that, so they were told, would mark a return to normality after full vaccination. The enduring pandemic often seems an afterthought to people who are out and about, and don’t glimpse how omicron has started affecting medical staff. Beaches were packed this weekend in Argentina and Brazil.

Matías Fernández Norte, a surgeon at the Hospital de Clínicas in Buenos Aires, told the AP that the high number of professionals on leave has generated “physical and spiritual fatigue, in addition to the stress of dealing with a patient on the edge.”

“You feel like you are living a parallel reality. In the street you meet a world that doesn’t seem to feel the pandemic,” he said. “Sometimes it feels like people have forgotten. Unfortunately, that’s what we feel.”

Brazil’s council of state health secretariats estimates that between 10% and 20% of all professionals in the health network  including doctors, nurses, nurse technicians, ambulance drivers and others in direct contact with patients  have taken sick leave since the last week of 2021.

“We are having trouble making the schedules,” said the council’s director, Carlos Lula.

The press office of Rio de Janeiro state’s health secretariat told the AP that about 5,500 professionals have left their jobs since December. All elective surgeries scheduled in the state health network have been suspended for four weeks. As for urgent care, relocations and overtime are being used as stopgap measures.