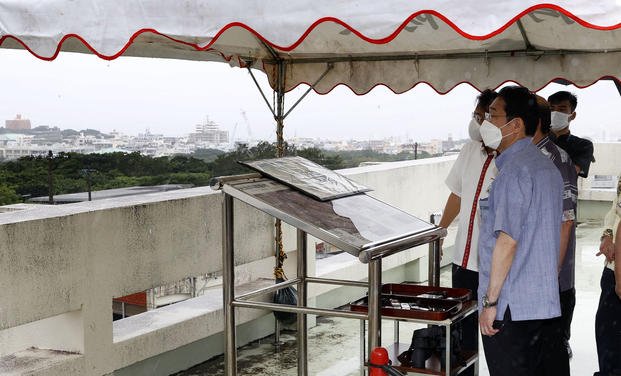 West News Wire: On the 50th anniversary of Okinawa’s restoration to Japan after 27 years of American rule, Governor Denny Tamaki urged Japan’s central government to do more to reduce the US military presence in the southern island group, amid dissatisfaction and bitterness over a lack of support from the mainland.

Tamaki said Okinawa had gone a long way since the devastation of WWII and nearly three decades of US rule, which ended on May 15, 1972, when it restored to Japan. However, the tiny island group’s long-standing demand that the mainland share its security responsibility has yet to be met.

“I urge the central government to communicate the significance of Okinawa’s reversion to the entire nation, as well as the need of permanent peace.”

Ceremonies marking the anniversary were held simultaneously in two locations one in the Okinawan city of Giowan, home to a disputed U.S. air station, and the other in Tokyo. The separate ceremonies symbolize the deep divide in views over Okinawa’s history and ongoing suffering.

Kishida and his minister in charge of the islands were in Okinawa, where hundreds of protesters staged a rally Saturday demanding a speedier reduction of U.S. military forces, as fears grow that Okinawa may become a front line of conflict amid rising China tensions.

More protests were held Sunday on Okinawa, including one in the prefectural capital of Naha, where nearly 1,000 people renewed their demands for peace.

Resentment and frustration run deep in Okinawa over the heavy U.S. presence and Tokyo’s lack of effort to negotiate with Washington to balance the security burden between mainland Japan and the southern island group.

Because of the US. bases, Okinawa faces burdens including noise, pollution, accidents and crime related to American troops, Okinawan officials and residents say.

Adding to Okinawa’s fears is the growing deployment of Japanese missile defense and amphibious capabilities on Okinawa’s outer islands, including Ishigaki, Miyako and Yonaguni, which are close to geopolitical hotspots like Taiwan.

Okinawa was the site of one of the bloodiest battles of World War II, which killed about 200,000 people, nearly half of them Okinawan residents.

Okinawa was sacrificed by Japan’s imperial army to defend the mainland, and many Okinawans are skeptical that the Japanese military would protect them in future conflicts, experts say.

The U.S. military kept its troop presence on the island group for 20 years longer than most of Japan, until 1972, due to Okinawa’s strategic importance for Pacific security to deter Russia and communism.