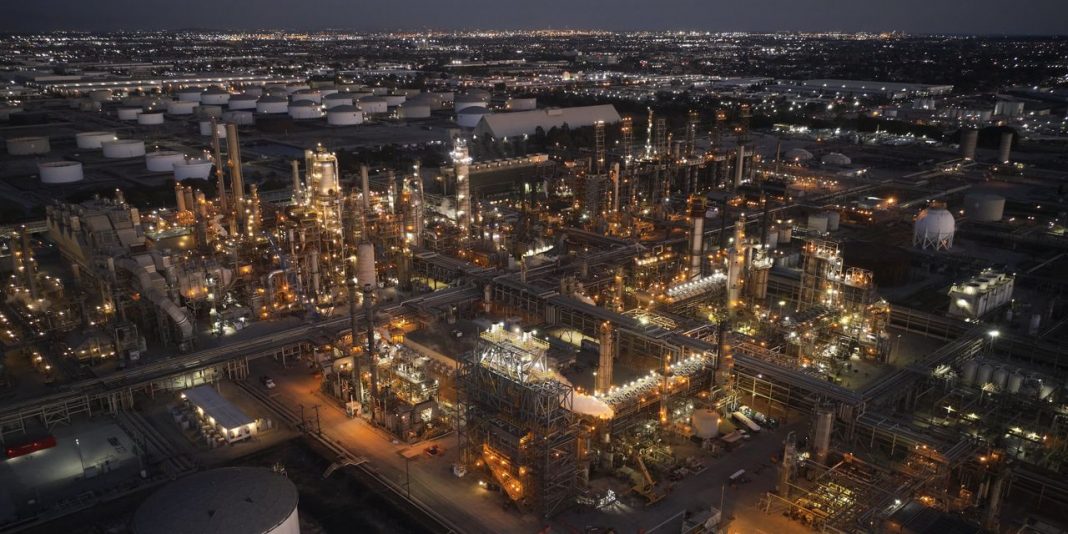 West News Wire: According to those familiar with the situation, oil continued to rise as the US and other major nations decided on a coordinated release of oil stocks following Russia’s invasion of Ukraine.

In New York, futures rose as much as 8%, trading above $103. Brent crude prices have risen beyond $105 a barrel. The International Energy Agency, which includes major industrialised users such as Japan and Germany, has agreed to release 60 million barrels from global reserves. Meanwhile, in the newest list of financial sanctions against Russia, the European Union is debating the expulsion of seven Russian banks from the SWIFT messaging system, including VTB Bank PJSC.

A 60 million barrel release from strategic oil reserves would be equivalent to less than six days of Russian output, and traders are weighing the potential impact. This release will mark the second from American crude reserves within a few months as soaring fuel costs become a growing political problem for U.S. President Joe Biden.

The invasion of Ukraine has upended commodity markets from oil to natural gas and wheat, piling inflationary pressure on governments. While the U.S. and Europe have so far stopped short of imposing sanctions directly on Russian commodities, the trade in those raw materials is seizing up as banks pull financing and shipping costs surge. Russia is the world’s third-biggest oil producer and, along with Saudi Arabia, an influential member of the OPEC+ alliance.

The turmoil sparked by the invasion will bring a new challenge in balancing a tightening market for OPEC+, which meets Wednesday to discuss output policy. Delegates said the cartel will probably stick to its plan of only gradually increasing supply. President Vladimir Putin spoke to the leader of the U.A.E. ahead of the meeting, while Saudi Arabia said it supports efforts to reduce escalation in Ukraine.

Indications of just how tight supply has been is showing in the market’s structure. Brent remains deep in backwardation, where prompt barrels command higher prices than later-dated cargoes. The benchmark’s prompt widespread was $3.93 a barrel in backwardation after surging on Tuesday. Several other gauges were the firmest since at least 2007.

Talks on the coordinated release are currently focused on tapping 30 million barrels from the U.S. Strategic Petroleum Reserve and an equivalent amount from a group of other countries, the people said. No decisions have been made and the discussions could continue for several more days, they said. Prior to the pandemic, global oil consumption was about 100 million barrels a day.

The invasion of Ukraine is also prompting oil companies to wind up their operations in Russia. Shell Plc and BP Plc have announced they will pull out, while Total Energies SE said Tuesday it will no longer invest in new projects in the country.