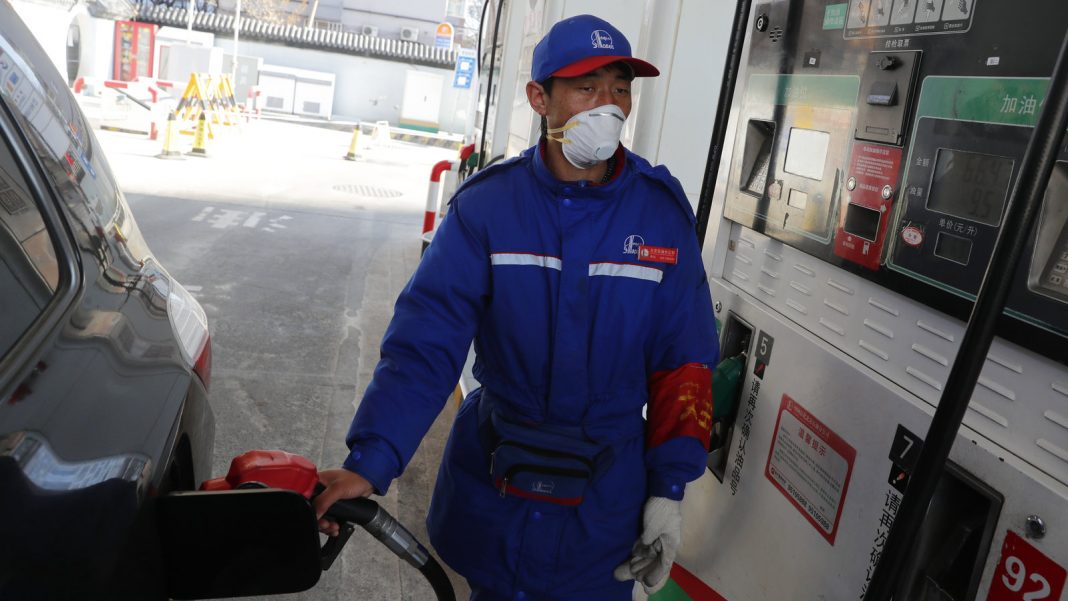 West News Wire: Oil prices fell at the start of the week amid fears that a developing Covid-19 epidemic in China would wreak havoc on consumption.

On Monday, West Texas Intermediate futures fell as much as 6.7 percent, sliding below the crucial $100 mark. Rising coronavirus infections in Beijing have raised fears of a city-wide lockdown, while Shanghai has seen a record number of daily deaths over the weekend. The world’s largest crude importer is about to experience the worst oil demand shock since the pandemic’s early days.

China’s problems with Covid-19 add to the turbulence in the oil market, which has already been shaken by Russia’s invasion of Ukraine. The battle has fueled inflation, and the European Union is considering measures to limit Russian oil imports, similar to those adopted by the United States and U.K.

Potential demand destruction from China lockdowns “is the number one issue in the market right now,” said Bob Yawger, director of the futures division at Mizuho Securities USA. Demand is down 1.2 million barrels a day since the lockdowns in Shanghai began, and a shutdown of the capital could impact demand even more so, he added.

China has implemented lockdowns in a number of cities as it pursues a Covid Zero strategy. In Beijing, the government has expanded testing to 12 districts from April 26-30. As the risks to consumption escalate, money managers have turned the least bullish on WTI since April 2020, when prices turned negative. China’s oil demand averaged 13.3 million barrels a day in March, according to data compiled by Bloomberg.

The U.S. oil benchmark remains about 35% higher this year, despite recent weakness. The market is poised for additional supply, adding to bearish signs. Libya is expected to resume output from shuttered fields in the coming days, while the CPC oil terminal on Russia’s Black Sea coast has resumed regular operations after one of two moorings damaged in a storm was repaired.