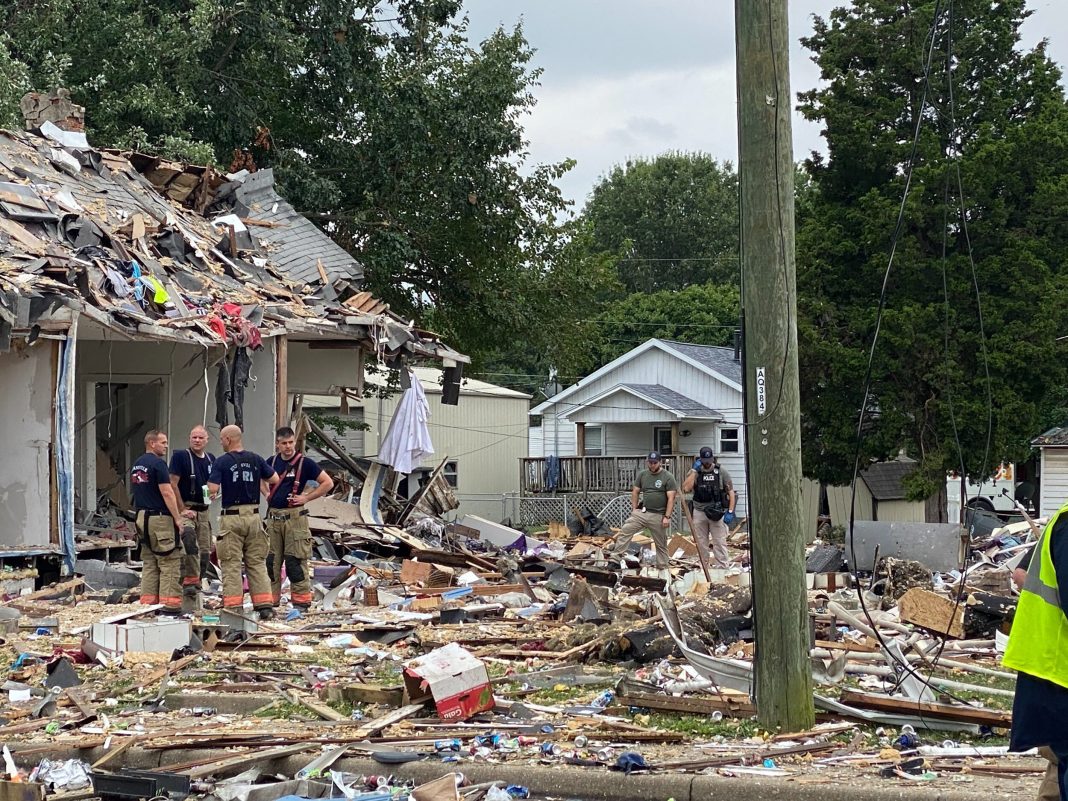 According to officials, dozens of firemen arrived at the site in Evansville following the explosion on the 1000 block of North Weinbach Avenue on Wednesday afternoon.

According to a statement from chief deputy coroner David Anson, the Vanderburgh County Coroner’s Office has received reports of three deaths as a result of the explosion thus far. The victims’ names will be made public after families have been notified, he said.

According to Evansville Fire Chief Mike Connelly, the house where the explosion happened was destroyed and 39 additional structures “sustained major damage or suffered minor damage.” According to officials, the Knight Township Trustee’s Office was among the damaged structures and will be shuttered for some time.

According to Evansville’s building department, 11 of the 39 homes damaged in the explosion are uninhabitable, Connelly said.

Some 60 firefighters were on the scene assisting, Connelly said.

A 100-foot radius around the blast is not searchable and some buildings are not safe to enter, Connelly said, noting that there could be other victims.

The cause of the explosion is under investigation.

CenterPoint Energy arrived following the blast and “made the scene safe,” Connelly said. “There was no detection of gas and they’re restoring service now.”

The block where the incident occurred “will be shut down for the foreseeable future,” the Evansville Police Department said.