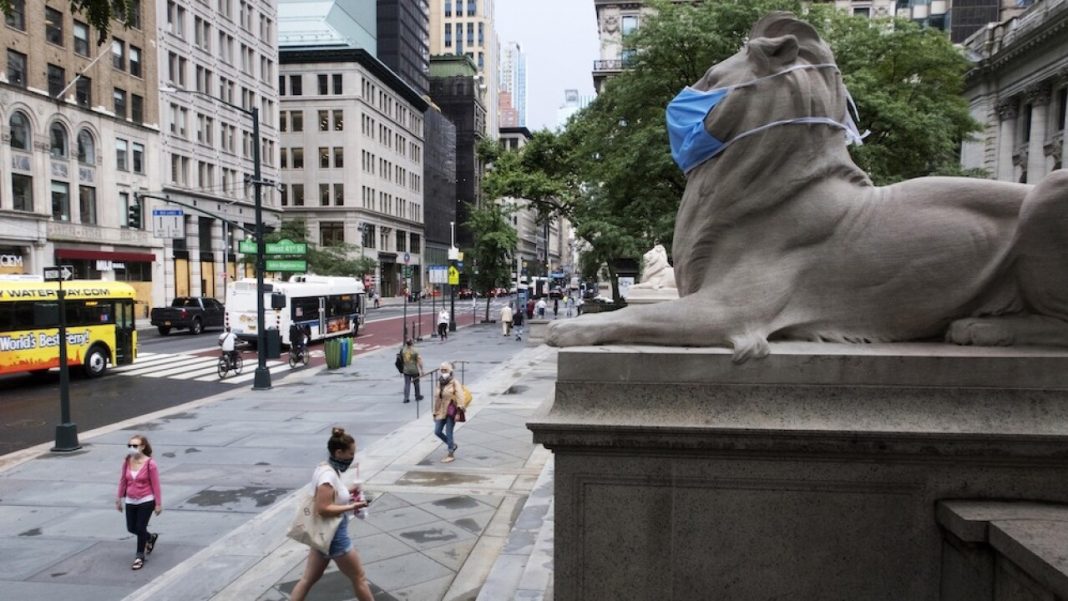 West News Wire: After a series of unprovoked attacks on women of Asian heritage in New York City, a 28-year-old homeless man has been charged with hate crimes, according to police.

Steven Zajonc was arrested on Wednesday in connection with the assaults on seven women that occurred over a two-hour period on Sunday in various Manhattan neighbourhoods.

According to police, the victims were all Asian women ranging in age from 19 to 57. The majority of the people were punched in the face, and one was shoved to the ground. Two of them were sent to the hospital for treatment.

Zajonc was apprehended at a midtown Manhattan library after two library guards recognized him from surveillance videos of the crime scenes and alerted police, officials with the New York Public Library said.

According to an NYPL news release, Roshanta Williams, a guard at the Stavros Niarchos Foundation library branch, alerted senior guard Elmirel Cephas on Wednesday that a regular patron of the library looked like the suspect police were seeking.

Library officials said Zajonc, who used a Manhattan drop-in center as his address, had often locked himself in the bathroom in the past.

“Our guards have the extremely challenging job, especially under recent circumstances, of keeping our branches safe and welcoming for all New Yorkers,” Iris Weinshall, the NYPL’s chief operating officer, said. “They do this extremely well every day, but today went above and beyond to help the NYPD keep our streets safer.”

The attacks Sunday were part of an alarming pattern of violence directed at people of Asian descent in New York, including the killings of Christina Yuna Lee, who was stabbed to death in her apartment last month, and Michelle Alyssa Go, who was shoved in front of a subway train in Times Square in January. Neither Lee’s nor Go’s killing has been ruled a hate crime at this time.