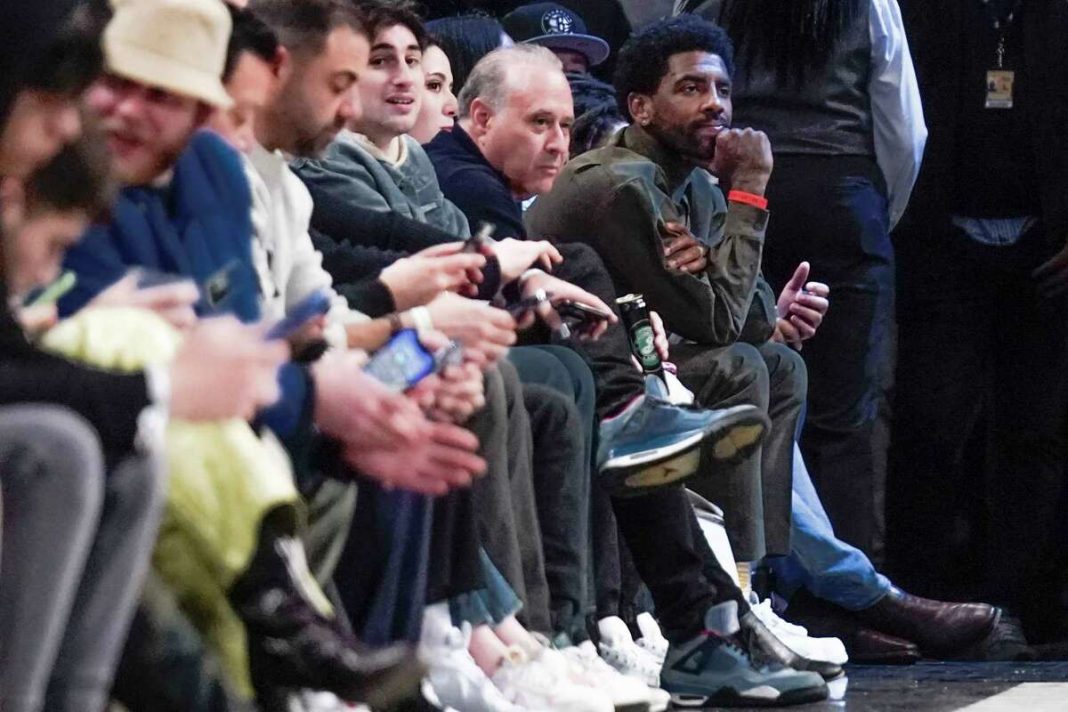 West News Wire: On Thursday, New York City’s mayor exempted sportsmen and performers from the city’s vaccine mandate, including Brooklyn Nets star Kyrie Irving, but keeping the regulation in place for countless other workers who faced losing their jobs if they refused to be vaccinated.

Many people, including private workers and government personnel, are nonetheless subject to the city’s broad immunization obligation. Critics of Mayor Eric Adams’ decision, including many public employee unions whose members were fired for refusing to get vaccinated, chastised the mayor for appearing to waive the law primarily for affluent and well-known athletes.

The city’s largest police union has sued the city over the mandate, claiming that its officers “don’t deserve to be treated like second-class citizens.”

“We have been suing the city for months over its arbitrary and capricious vaccine mandate this is exactly what we are talking about. If the mandate isn’t necessary for famous people, then it’s not necessary for the cops who are protecting our city in the middle of a crime crisis,” said said its president, Pat Lynch.

Adams officially announced the change for athletes and performers Thursday at Citi Field, where the Mets play. The exemption was effective immediately.

The Municipal Labor Committee, an umbrella group of unions that together represent about 350,000 city workers, said the city should offer a way for fired workers to get their jobs back.

“There can’t be one system for the elite and another for the essential workers of our city. We stand ready to work out the details with the mayor, as we have been throughout this process,” the group’s chair Harry Nespolli said.

Adams contended that making the athletes and performers exempt was important for the city’s economic recovery, saying “players attract people to the stadium.”

“I’m going to make some tough choices. People are not going to agree with some of them.” Adams said. “I must move this city forward.”

The city last month fired more than 1,400 workers who failed to comply with the vaccine mandate. The uneven application could likely invite more legal challenges over the mandate.

Jay Varma, a health advisor to de Blasio, said in a tweet that the mandate had legal standing because it applied to everyone.

“#VaccinesWork unless you’re rich and powerful, in which case, #LobbyingWorks,” Varma wrote. He added: “The #KyrieCarveOut opens City up to entire scheme being voided by courts as “‘arbitrary and capricious.’”

Adams had said he felt the vaccine rule was unfair when it came to athletes and performers because a loophole in the measure, imposed under his predecessor, allowed visiting players and performers who don’t work in New York to still play or perform even if they are unvaccinated.

Irving, a vaccine holdout, had been among the most high-profile people impacted. He was able to re-join the team in January but only when they played out of town games. When New York lifted rules several weeks ago requiring a vaccine to dine in a restaurant, work out at a gym or attend a performance, Iving was allowed to watch the Nets’ home games but not play or enter the locker room.

The Nets need him as they push for a playoff spot with nine games left in their regular season.