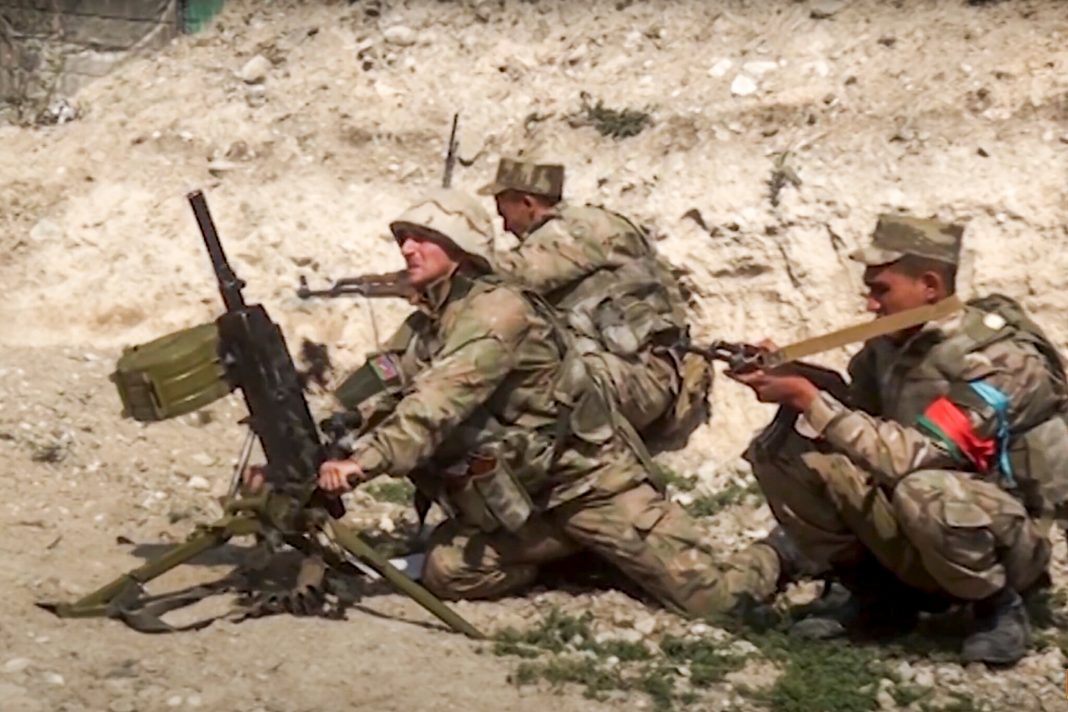 West News Wire: The heaviest combat between the adversarial neighbors since their war in 2020 over the contentious Nagorno-Karabakh territory, according to Azerbaijan, has taken place this week amid border battles with Armenia. 71 of its forces have reportedly been killed in the conflict.

Each side blames the other for the fighting, which Armenia claimed claimed 105 of its soldiers.

At a time of already high geopolitical tensions, the flare-up threatened to involve Russia, Turkey, Azerbaijan’s main supporter, and Armenia’s ally in a larger battle.

A top-ranking Armenian official said that the two sides had negotiated a cease-fire, which went into effect on Wednesday at 8 p.m. local time (16:00 GMT).

The Thursday cease-fire was praised by the UN. “The international community must remain completely committed to a peaceful settlement between the two sides,” UN Assistant Secretary-General Miroslav Jenca said.

Armenia’s defence ministry said the situation along the shared border was quiet following the deal, and that no ceasefire violations were reported. There was no immediate comment from Azerbaijan on the reported agreement.

A previous ceasefire brokered by Russia on Tuesday quickly failed.

Armenia and Azerbaijan have repeatedly traded blame for the fighting this week, which first broke out in the early hours of Tuesday morning and has taken place in areas away from Nagorno-Karabakh, an enclave that lies inside Azerbaijan but is mainly populated by ethnic Armenians.

The recent fighting has sparked fears of another full-fledged war between the ex-Soviet states, which have been locked in a decades-old conflict over Nagorno-Karabakh.

The two countries fought a war over the contested region in late 2020 that killed more than 6,500 people in little more than six weeks.

The conflict saw Azerbaijan successfully win back swathes of territory in and around Nagorno-Karabakh that had been controlled by ethnic Armenian forces backed by Yerevan since an earlier war in the area ended in 1994.

Russia, a regional power broker, oversaw a ceasefire deal in November 2020 to end the fighting and deployed nearly 2,000 peacekeepers to the region as part of the agreement. Armenia has appealed to Moscow for assistance again this week following the latest clashes.

Meanwhile, Armenian Prime Minister Nikol Pashinyan has signalled that his government is ready to recognise Azerbaijan’s territorial integrity in a future peace treaty, provided that it relinquishes control of areas in Armenia its forces have seized.

“We want to sign a document, for which many people will criticise and denounce us and call us traitors, and they may even decide to remove us from office, but we would be grateful if Armenia gets a lasting peace and security as a result of it,” Pashinyan told Armenian legislators on Wednesday.

But some in the opposition saw the statement as a sign of the prime minister’s readiness to cave in to Azerbaijani demands and recognise Azerbaijan’s sovereignty over Nagorno-Karabakh.

Thousands of angry protesters quickly descended on the government’s headquarters, accusing Pashinyan of treason and demanding he step down. Protests were also held in other Armenian cities.