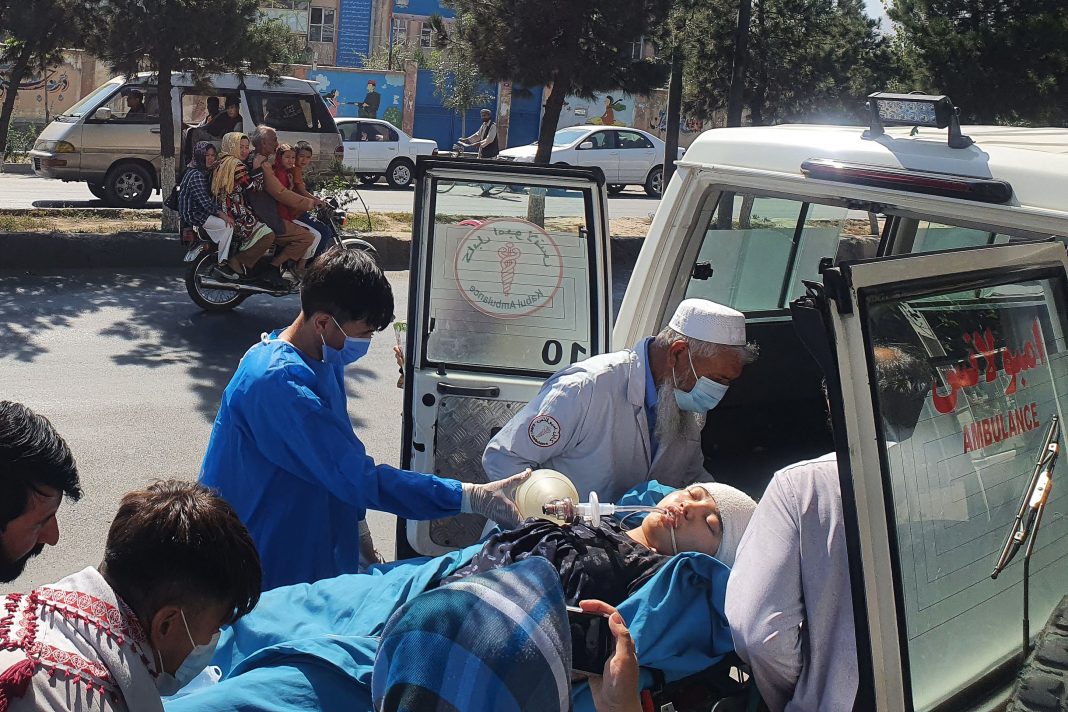 West News Wire: According to the United Nations mission in the nation, the dead toll from a suicide bombing at an education center in the Afghan capital has increased to 35, and women are allegedly protesting in the streets against the targeting of the Hazara ethnic group.

According to the UN mission, at least 82 other people were hurt in the attack on Friday at the Kaj education center in Dasht-e-Barchi, a significant Hazara settlement in western Kabul.

The death toll exceeds the number of casualties that Kabul authorities have publicly disclosed so far.

The mission tweeted on Saturday that girls and young women make up the majority of the casualties. Justice must be served, and all names must be remembered.

No group has claimed responsibility for the attack, which occurred in a women’s section of the centre where young people had gathered to take a mock university exam.

However, the local ISIL (ISIS) affiliate, a rival to the Taliban, has claimed responsibility for similar attacks on education centres in recent years, including a suicide attack on an education centre in the same neighbourhood that killed 24 in 2020.

At least 85 people were also killed in another unclaimed attack near a school in Dasht-e-Barchi in May 2021.

The Taliban, which swept to power amid a foreign troop withdrawal in August 2021, has promised to bring stability to the country after 20 years of war, but a spate of recent violence has undermined that narrative.

On Friday, the AFP news agency reported that more than 50 women defied a Taliban ban on rallies to call for an end to violence against the Hazara people, who have alleged years of persecution by the ruling Taliban while being repeatedly targeted by ISIL attacks.

The group chanted “stop Hazara genocide, it’s not a crime to be a Shia”, as they marched past a hospital in Dasht-e-Barchi where several victims of the attack were being treated, according to an AFP correspondent.

Protesters later gathered in front of the hospital and chanted slogans as dozens of heavily armed Taliban, some carrying rocket-propelled grenade launchers, kept watch, according to the news agency.

Women’s protests have become increasingly risky since the Taliban came to power, with numerous demonstrators detained in past rallies or broken up by Taliban forces firing shots in the air.

Rights groups have called on the Taliban to better protect the country’s residents.

Amnesty International described Friday’s attack as a “shamefaced reminder of the inaptitude and utter failure of the Taliban, as de-facto authorities, to protect the people of Afghanistan”.

“Their actions of omission and commission have only further aggravated the risk to the lives of the people of Afghanistan especially those belonging to ethnic and minority communities,” she said in a statement on Friday.

The Norwegian Refugee Council also condemned the attack, calling on the authorities to take steps to ensure that educational facilities are protected.