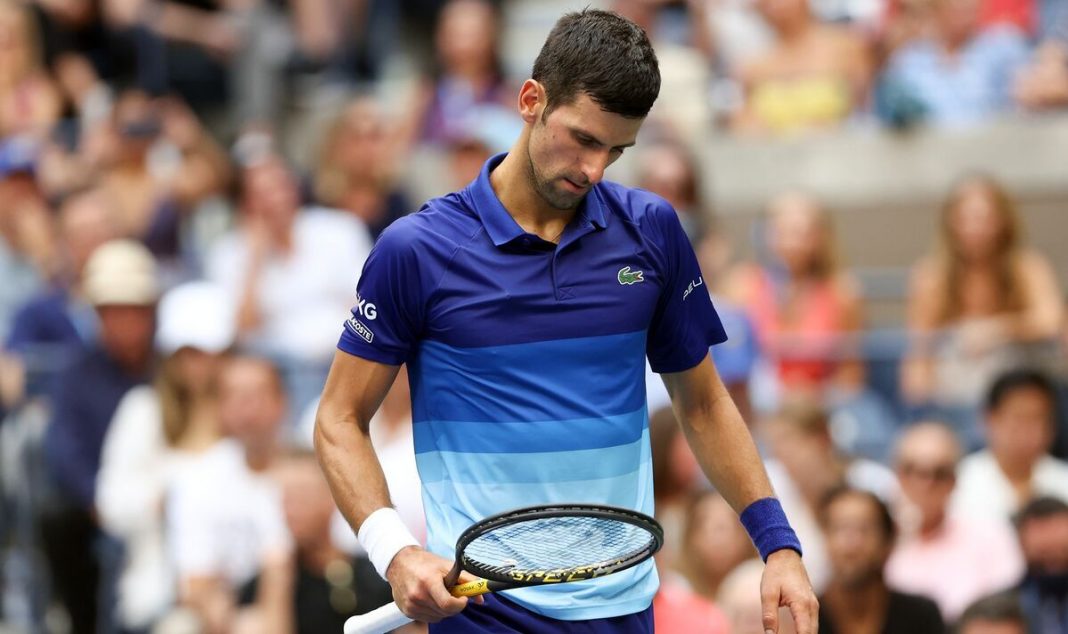 West News Wire: Tennis pro Novak Djokovic has stated that he will not be able to attend the US Open in New York City due to his unwillingness to have the COVID-19 vaccination.

On Thursday, Djokovic stated he will maintain “excellent shape and an optimistic attitude while waiting for an opportunity to compete again.” The competition, which is the year’s final Grand Slam, is scheduled to begin the following week.

“Unfortunately, I won’t be able to visit New York this time for the US Open. Thank you #NoleFam for your love and support tweets, Djokovic said on Twitter in reference to his supporters.

The United States has been relaxing COVID-19 restrictions domestically, but it still requires travellers who are not US citizens or permanent residents to be fully vaccinated before boarding a flight into the country. The US had dropped testing requirements for international travellers in June.

Djokovic played in last year’s US Open and made it to the final of the men’s singles. The virus was considered a greater public health risk then, but the US only had a testing not a vaccine requirement for entry at that time.

Djokovic, the world’s former world number one who is now sixth in the ranking, stirred controversy earlier this year when his visa was cancelled after arriving in Melbourne to compete in the Australian Open.

The 35-year-old Serbian was eventually deported after a days-long saga, involving politicians and the legal system in Australia.

“Rules are rules, especially when it comes to our borders,” Australia’s then-Prime Minister Scott Morrison said at that time.

Read More
Record number of children in U.S are hospitalized for COVID-19

Djokovic has previously said that he will not get the COVID-19 vaccine, even if it means he will not be able to play in some tournaments.

The United States Tennis Association (USTA) called Djokovic’s absence from the US Open “unfortunate” on Thursday.

“Novak is a great champion and it is very unfortunate that he will be unable to compete at the 2022 US Open, as he is unable to enter the country due to the federal government’s vaccination policy for non-US citizens,” said US Open tournament director Stacey Allaster in a statement.

“We look forward to welcoming Novak back at the 2023 US Open.”

The US Open does not have a vaccine requirement for players. Djokovic has won the tournament three times and reached the final on six other occasions.

This year, he competed in the French Open, as well as Wimbledon where he won the title last month.