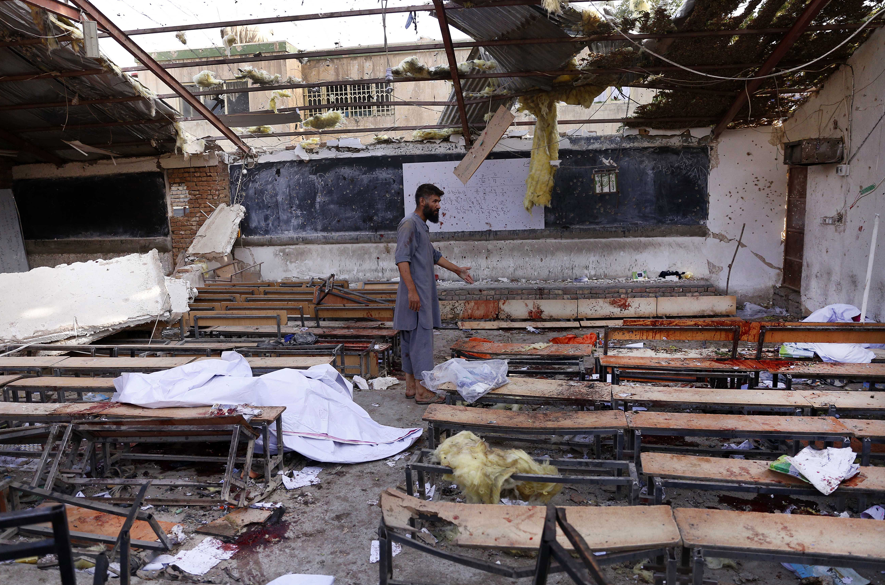 West News Wire: A devastating explosion at a religious school in Aybak, the provincial capital of Samangan province in northern Afghanistan, resulted in at least 16 deaths mostly children and numerous injuries.

The majority of the dead and injured were children and regular people, according to an Aybak doctor who told AFP that town is located approximately 200 kilometers (130 miles) north of Kabul.

Al-Jahad school explosion was also confirmed by a provincial official, however no precise numbers of victims were given.

In the middle of the city, inside Jahad Madrasa, a blast happened about 12:45 p.m. This madrasa [religious school] has a lot of guys enrolled, according to the regional spokesman Emdadullah Muhajir.

Ten students, according to the Taliban, were killed, and “many others” were injured. Local officials said the blast was carried out during the afternoon prayer.

Abdul Nafay Takor, the spokesman of the Afghan Interior Ministry, wrote in a tweet that security authorities were investigating the various aspects of the incident and working to identify the perpetrators.

“Our detective and security forces are working quickly to identify the perpetrators of this unforgivable crime and punish them for their actions.”

Since the Taliban returned to power in August 2021, deadly explosions have continued. Civilians have been targeted. The Daesh Takfiri terrorist group has claimed responsibility for most of the acts of terror.

In September, at least 54 people, including 51 young women and girls, were killed in a bombing at a hall in Kabul where students were taking a science test for university entrance. No group claimed responsibility for the bombing, but the Taliban later blamed Daesh and said it had killed several key figures linked to the blast.

In May 2021, at least 85 people, most of whom girls, were killed and about 300 others injured in three bomb blasts near their school.