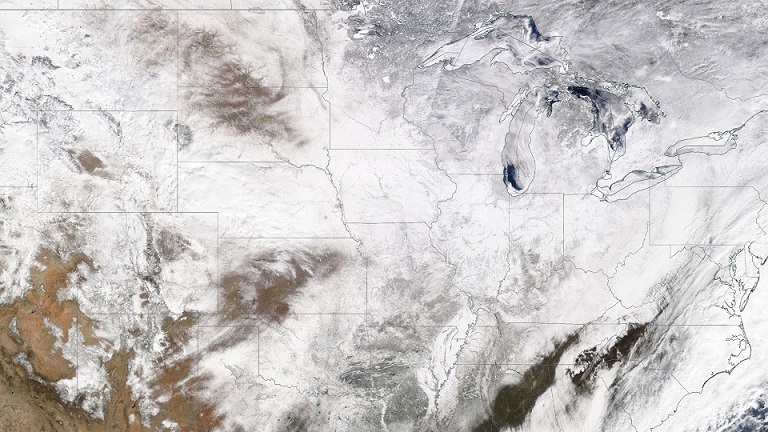 West News Wire: From Virginia to Maine, more than 45 million people were under snow alerts on Tuesday morning. After creating havoc earlier this week, when weather conditions left people detained on the roadway for more than 24 hours in Virginia, including the state’s governor, the first substantial blizzard of the season has reached New York and Boston.

A winter storm warning is in force for all of coastal New England, including Connecticut, Rhode Island, and Boston. A foot and a half of snow might fall in some of those places.

In New Jersey, a state of emergency has been declared, and a blizzard warning has been issued for eastern and coastal Maine.

This same storm system brought traffic to a standstill in part of the the Mid-South, from Kentucky to Tennessee where dozens of accidents were reported. Nashville, Tennessee, saw record daily snowfall 6.3 inches  the average there is 4.7 inches for the entire winter.

Some other records were broken as well. Lexington, Kentucky, received a whopping 9.9 inches, breaking that city’s daily record as well.

An arctic blast with the coldest air of the season is following the snow. The Midwest is already seeing below-zero temperatures with wind chill near negative 53 degrees.

Wind chills are also dropping into the teens Friday morning from Texas to Alabama, and it feels like it’s freezing in Florida’s panhandle.

On Saturday, the coldest air of the season will move into the Northeast. Wind chills will be near zero in Boston, and in single digits in New York City, Philadelphia and D.C.

Black ice will be a major problem Saturday morning in the Northeast as the slushy snow will freeze on the streets and roads.