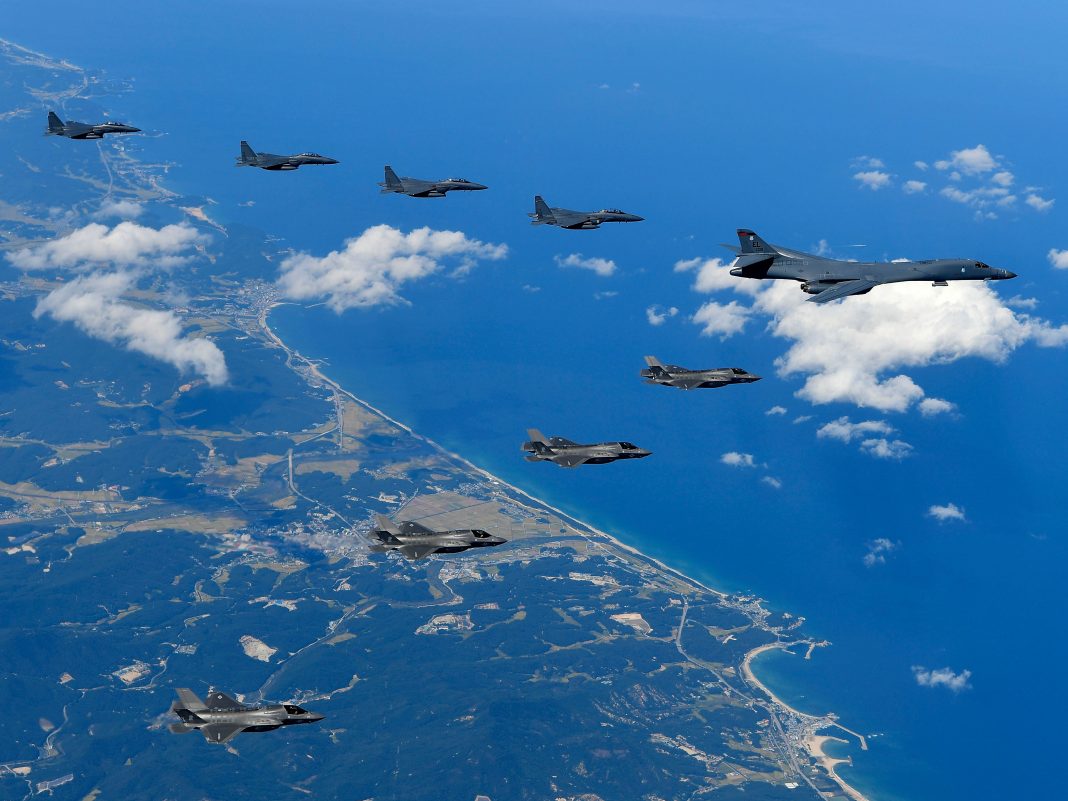 West News Wire: In response to the largest joint air exercises between the forces of South Korea and the United States in almost five years, North Korea has threatened “strong follow-up measures.”

According to a spokesman for North Korea’s ministry of foreign affairs, the air exercises on Tuesday were a “ceaseless and reckless” military provocation intended to get the country ready for an attack. This was according to South Korea’s Yonhap News Agency.

On Friday, North Korea fired two short-range ballistic missiles towards the Sea of Japan, the latest in a flurry of missile launches over the past several weeks that mark a worrying escalation in tension and demonstrate North Korea’s increasing willingness to flex its military muscle.

Seoul and Washington have repeatedly warned that Pyongyang could be close to testing an atomic bomb for the first time since 2017.

Last week, the US, South Korea and Japan warned that an “unparalleled” response would be warranted if North Korea tests a nuclear weapon.

US State Department Spokesperson Ned Price said on Monday that Washington will not recognise North Korea as a nuclear-armed state and the US policy remained the “completed denuclearization of the Korean Peninsula”.

“We continue to reach out to the DRPK and are committed to pursuing a diplomatic approach,” Price said on Monday.

“We of course would like to see the DPRK engage in serious, substantial dialogue on this. Up until now they have not done so. We have made clear, we don’t have preconditions to dialogue, it sounds like the DPRK may be in a different position,” he said.

Pyongyang’s warning of a “powerful” response on Tuesday comes as more than 240 US and South Korean aircraft participate in the Vigilant Storm air exercises, which began on Monday and continue until Friday.

The US has deployed approximately 100 aircraft to the exercises, according to Yonhap, including four advanced F-35B stealth fighters from the US Marine Fighter Attack Squadron based in Japan, as well as EA-18 electronic warfare aircraft, KC-135 tankers and U-2 high-altitude reconnaissance aircraft.

South Korea has deployed 140 aircraft for the drills, including F-35A stealth fighters as well as F-15K and KF-16 fighters.