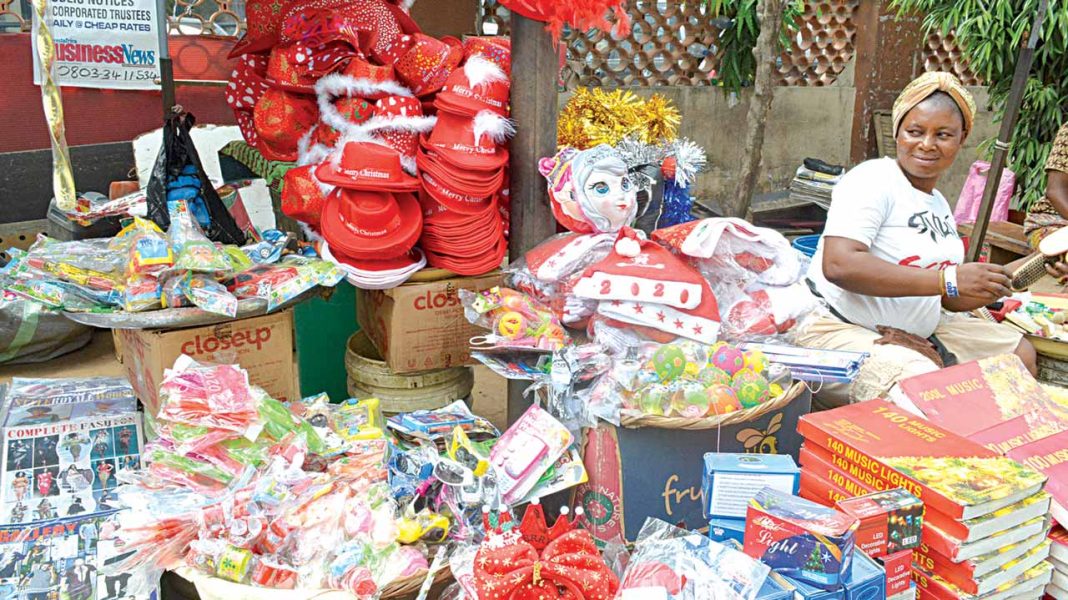 West News Wire: Adeola Ehi had been anticipating bringing her two-year-old daughter home for Christmas so she could meet her grandparents for the first time. The 43-year-old communications specialist decided to postpone the scheduled trip due to rising household expenses, which included an unexpected rent rise.

Every tiny price increase in Nigeria, where more than half of the 200 million people live on less than $2 per day, has a substantial negative impact on household incomes. According to the National Bureau of Statistics, around 133 million people live in “multi-dimensional poverty,” where they spend 20% of their income on transportation and 50% of their income on food.

As families limit their spending during the holiday season, including on typical travel, the strain has become even more apparent.

“It’s safe to say Christmas has lost its cheer this year,” Ehi said from Abuja, the nation’s capital. “There’s just too much going on at the same time. The cost of food is rising, landlords are increasing rent, and even transportation costs are skyrocketing. So what is happening is that we are being forced to cut spending too tightly that we can’t even afford to buy Christmas presents for our kids,” she said.

As many Nigerian families face a surge in the price of rice, the main ingredient for making the favourite Christmas meal in Africa’s most populous country, the festive season seems to have lost its cheer.

Unprecedented flooding this year, which washed away half a million hectares of farmland in parts of Nigeria, has seen the average cost of making a pot of jollof rice rise by 23.8 percent compared with a year earlier, according to Lagos-based risk advisory SBM Intelligence, which publishes the Jollof Index. Compounded by a previous ban on rice imports and dollar scarcity, a bag of rice now sells for 55,000 naira, nearly double the country’s minimum wage.

Read More
US laboratories in Nigeria are to blame for monkeypox outbreak: Russia

With Russia’s invasion of Ukraine in its 10th month, the effect of the war is squeezing Nigeria harder as a scarcity of energy resources and commodities, as well as a worsening foreign exchange shortage, have caused food budgets to more than double.

“My food budget is double now. Every month, I spend close to 150,000 naira on food and even at that, I am not buying everything,” said Ehi, whose family of six is living on salaries from both she and her husband.

Surging transport costs from a near year-long fuel shortage also mean many people will not be going home for the festivities. The average intra-city and inter-city transport fares are up by 45 percent or more, according to the nation’s statistics agency. At the same time, a 5kg refill of cooking gas, used by most middle-income homes, is up by 37 percent in the same period.