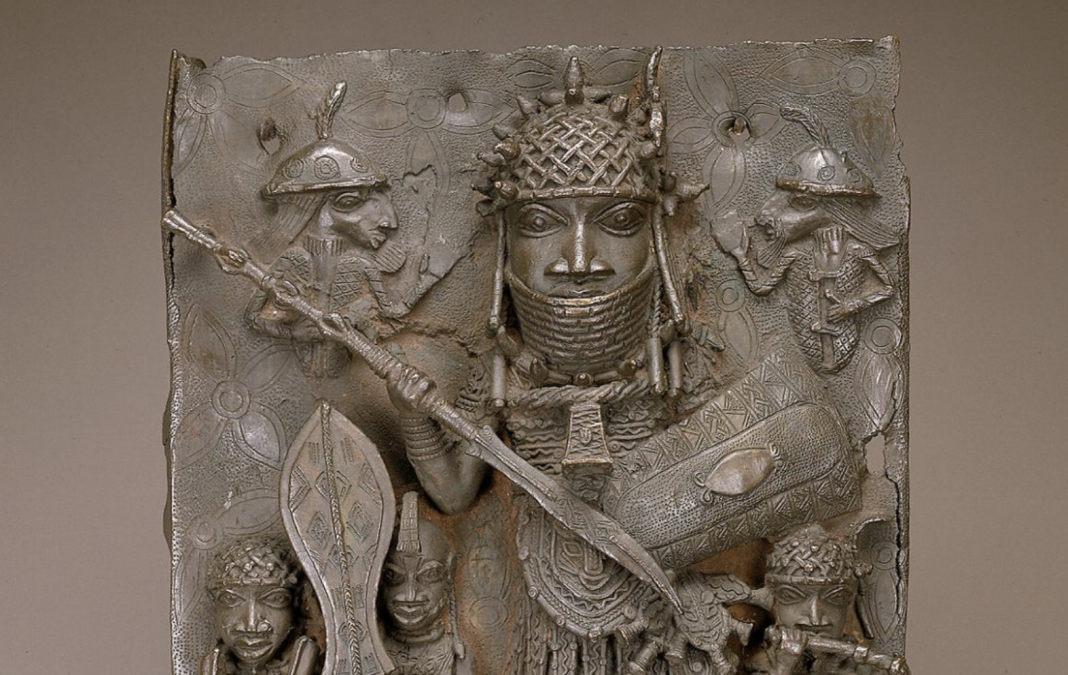 West News Wire: The return of hundreds of artifacts known as the Benin Bronzes, which were stolen from Africa more than 120 years ago, is now possible thanks to a deal signed by Germany and Nigeria on Friday. Nigerian officials are hoping that this agreement will inspire other nations to do the same.

In Europe and North America, ownership disputes over items that were looted during colonial times have become a growing concern for governments and museums.

In 1897, a British colonial expedition looted the royal palace of the Kingdom of Benin, which was located in what is now southwestern Nigeria, taking many sculptures and bas-reliefs with it.

The artifacts were dispersed widely in the end. Numerous collections, including the Ethnological Museum in Berlin, which has one of the world’s largest groups of historical objects from the Kingdom of Benin, estimated to include about 530 items, including 440 bronzes. Many of them date from the 16th to the 18th centuries.

Two pieces held by the Berlin museum a commemorative head of a king and a relief slab depicting a king with four attendants were handed over as German and Nigerian officials signed their “joint political declaration” at the German foreign ministry in Berlin.

“This is just the beginning of more than 1,000 pieces from the Kingdom of Benin that are still in German museums, and they all belong to the people of Nigeria,” German Foreign Minister Annalena Baerbock said. “It was wrong to take the bronzes; it was wrong to keep them for 120 years.”

The bronzes “are some of Africa’s greatest treasures, but they are also telling the story of colonial violence,” Baerbock said.

The Nigerian government, which in recent years has stepped up its demands for the return of the Benin Bronzes, said the accord would pave way for the return of 1,130 pieces. It described it as the “single largest repatriation of artifacts anywhere in the world.”

“Germany has taken the lead in correcting the wrongs of the past,” Nigerian Culture Minister Lai Mohammed said. He added that he expects the move to “become a harbinger of more repatriation of cultural property.”

Germany last year announced its intention to return the Benin Bronzes that ended up there.

Officials didn’t give a timeline for the return of the remaining artifacts on Friday, but Berlin’s Ethnological Museum said a agreement on the rest of the bronzes it holds will follow later this year. The authority that oversees the museum says it expects to keep some on long-term loan. Baerbock said she is looking forward to seeing bronzes “on holidays in Germany.”

Friday’s agreement provides for museum cooperation between Germany and Nigeria. Germany is helping Nigeria set up a new museum in Benin City where bronzes will be displayed in the future, Baerbock said.

“It is my sincere hope that other European countries will follow in your footsteps,” Nigeria’s state minister for foreign affairs, Zubairu Dada, said of Friday’s accord.

The Smithsonian removed 10 Benin Bronze pieces from display at its National Museum of African Art in Washington, D.C., and announced a new ethical return policy this year. Other U.S. museums have also begun discussions about returning such objects, while France declared last year that it would return the so-called Abomey Treasures to Benin as part of a wider effort to make amends for colonial wrongs.

Hundreds of objects from the Kingdom of Benin remain in the British Museum in London, which has resisted calls to return them.