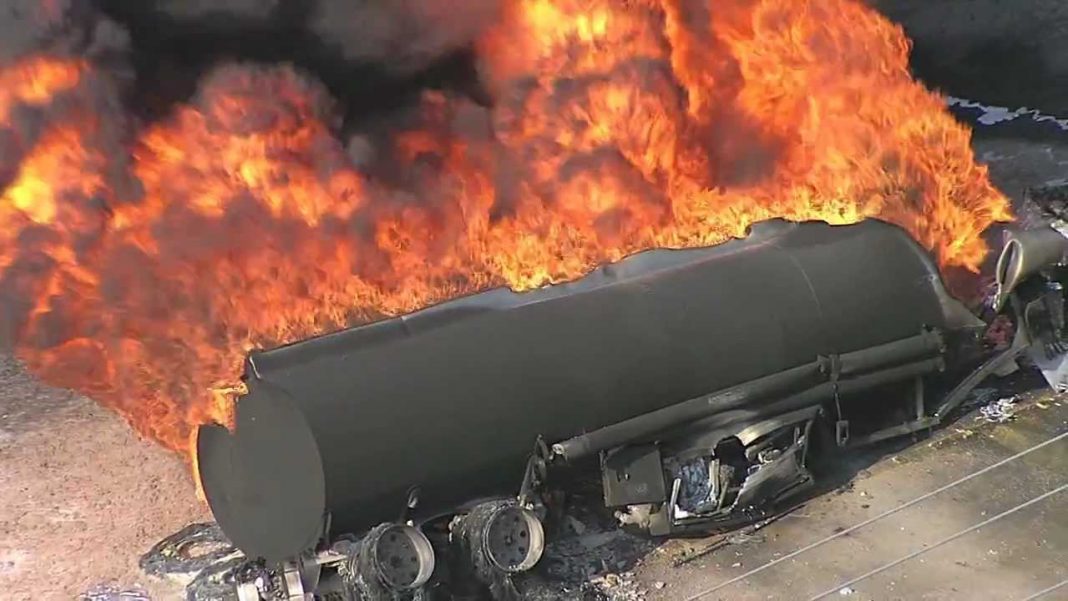 West News Wire: At least 12 people were killed in a gasoline truck crash and explosion in north-central Nigeria on Friday, according to authorities.

The truck crashed with a vehicle blocking the roadway on Thursday night in the Ofu council area of Kogi state when its brakes failed, sending a fireball into the air, a police spokesman told The Associated Press.

According to William Ovye Aya of the Kogi police command, the vehicle “crushed automobiles on the route” and all of the victims died from fire injuries.

Additional persons were hurt in the collision, according to Bisi Kazeem with Nigeria’s Federal Road Safety Corps.

Road safety personnel have blocked off the area and are attempting to identify the victims, according to Kazeem.

Such crashes are so common along most major roads in Nigeria that the country has introduced new measures to curb their occurrence. More than 10 people were killed in Kogi in a similar crash in September.