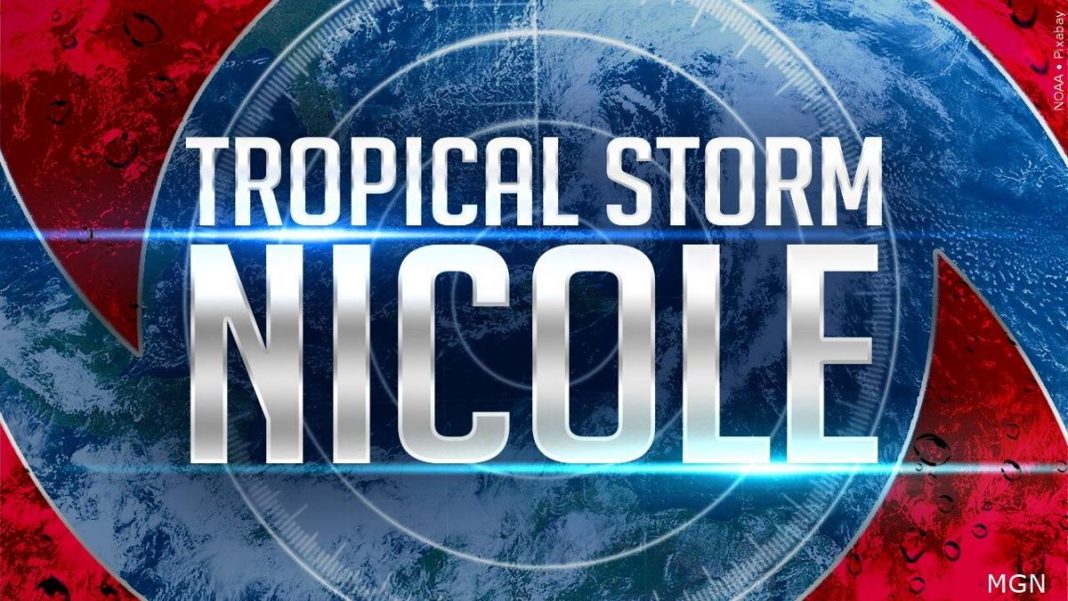 West News Wire: Forecasters said Nicole developed into a tropical storm as it barreled toward the Atlantic coastline of Florida and the northwest Bahamas.

The National Hurricane Center (NHC) said in an advisory on Tuesday morning that Storm Nicole, with maximum sustained winds of 80 kilometers per hour (50 miles per hour), was moving west towards Florida at a distance of 615 kilometers (385 miles) from the Bahamas.

Around 18 million people along the state’s Atlantic coast were under watches and warnings as the hurricane made its way towards Florida at a speed of 12.87 km/h (eight mi/h). The storm was forecast to get stronger throughout the day.

Many areas are still reeling from damage caused by Hurricane Ian, which hit Florida’s southwestern Gulf Coast as a Category 4 storm in late September, before dumping heavy amounts of rain across much of the central part of the state.

On Monday, Florida Governor Ron DeSantis issued a state of emergency for 34 counties along his state’s east coast, saying it was “in an abundance of caution” so that the area’s residents and businesses can prepare.

“While this storm does not, at this time, appear that it will become much stronger, I urge all Floridians to be prepared and to listen to announcements from local emergency management officials,” DeSantis said in a statement.

Hurricane warnings were in effect for the Abacos, Berry Islands, Bimini and Grand Bahama Island, the Miami-based NHC said in an advisory. Other areas of the Bahamas, including Andros Island, New Province and Eleuthera remained under a tropical storm warning.

Authorities said they were especially concerned about those now living in about 100 motorhomes in Grand Bahama after Hurricane Dorian destroyed their homes, and about the migrant community in Great Abaco’s March Harbor that Russell said has grown from 50 acres (20 hectares) to 200 acres (81 hectares) since Dorian.

The previous community of Haitian migrants was among the hardest hit by the 2019 storm given the large number of flimsy structures in which many lived.

The hurricane centre said the storm’s track shifted slightly north overnight, but the exact path remains uncertain as it approaches Florida, where it is expected to make landfall as a Category 1 hurricane late on Wednesday or early Thursday.