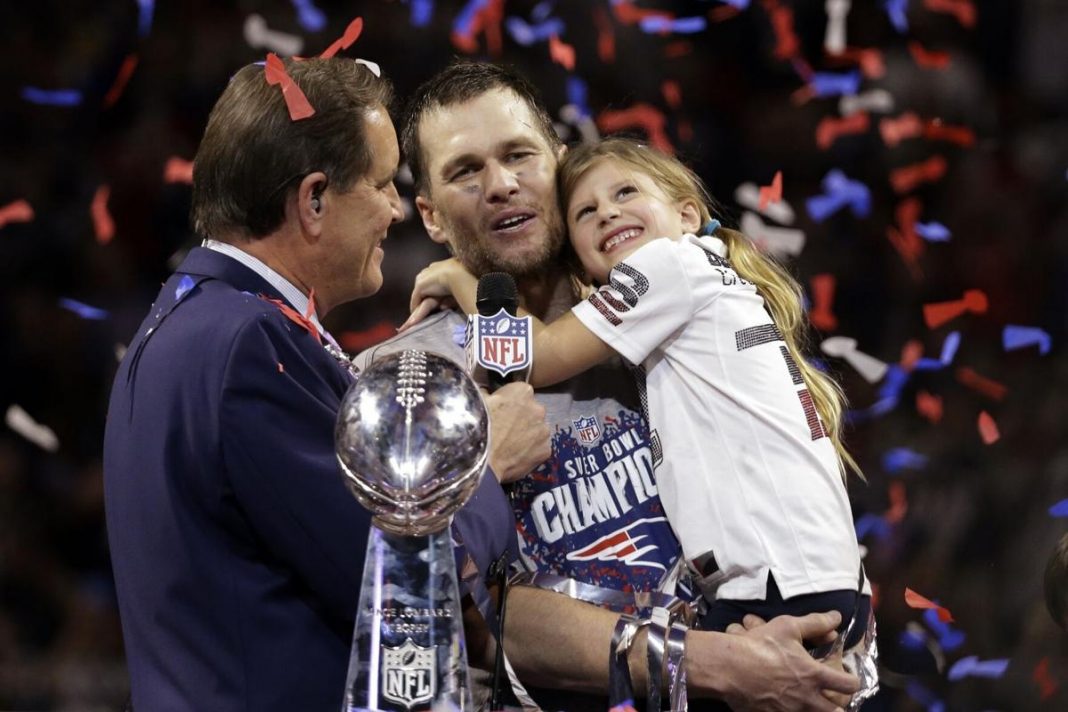 West News Wire: There has never been and may never be a better quarterback in the history of American football than Tom Brady, who announced his retirement at the age of 44 after more than two decades as a professional player.

Seven Super Bowl triumphs, five Super Bowl Most Valuable Player trophies, and three National Football League MVP awards are unsurpassed in his career. Brady announced his retirement on Instagram after leading the Tampa Bay Buccaneers to a division title this season but losing out on another trip to the Super Bowl.

Brady stated in a lengthy article, “This is difficult for me to write, but here it is: I am not going to make that competitive commitment anymore.”

“I have loved my NFL career, and now it is time to focus my time and energy on other things that require my attention.”

A vegan who emphasized stretching and flexibility, Brady avoided major injury and sustained his athletic abilities well past when most other NFL players retire. Lately he had expressed a desire to spend more time with his wife, supermodel Gisele Bundchen, and three children, despite still playing remarkably at the top of his game.

News of Brady’s pending retirement had begun to percolate on Saturday. His family and the Buccaneers denied that he had made a final decision, and he said on Monday night on a SiriusXM podcast he was not ready to finalise plans. Then came Tuesday morning.

“I’ve done a lot of reflecting the past week and have asked myself difficult questions,” Brady said in his post. “And I am so proud of what we have achieved. My teammates, coaches, fellow competitors, and fans deserve 100% of me, but right now, it’s best I leave the field of play to the next generation of dedicated and committed athletes.”

Brady led the Buccaneers to a win in Super Bowl LV in 2021 with a virtuoso performance, throwing for 201 yards, completing 21 of 29 passes for three touchdowns.

“To the Glazer family, thank you for taking a chance on me and supporting me,” Brady said of the Buccaneers’ owners. “I know I was demanding at times, but you provided everything we needed to win, and your ownership was everything a player could ask for.”

Brady entered the NFL in 2000 to little fanfare, chosen by the New England Patriots with the 199th pick in the sixth round of the draft. Upon arrival in New England, he was ranked way down the Patriots’ quarterback pecking order  a gangly, young man with everything to prove.

An injury to quarterback Drew Bledsoe saw Brady elevated into the starter’s jersey. He seized the role and led the Patriots to their first ever Super Bowl in February 2002.

That 2002 win marked the start of a two-decade reign that would see Brady and head coach Bill Belichick’s Patriots emerge as the dominant team in the NFL, earning eight more trips to the Super Bowl, five of them victorious.

While the personnel on those championship winning teams evolved over time, the one ever present remained Brady, who year after year, season after season would confound predictions that his career was in decline.

Brady had thanked the Patriots and Belichick after he left the team to sign with the Buccaneers in March 2020 but he did not mention New England in his retirement post.

Of Brady’s influence on the NFL, former quarterback Kurt Warner said: “For me, we’re living in the era of the greatest quarterback in the game.”

Brady said he is still figuring out how he will spend his time but he plans to be involved in his TB12 health and wellness company, Brady clothing line and NFT company.