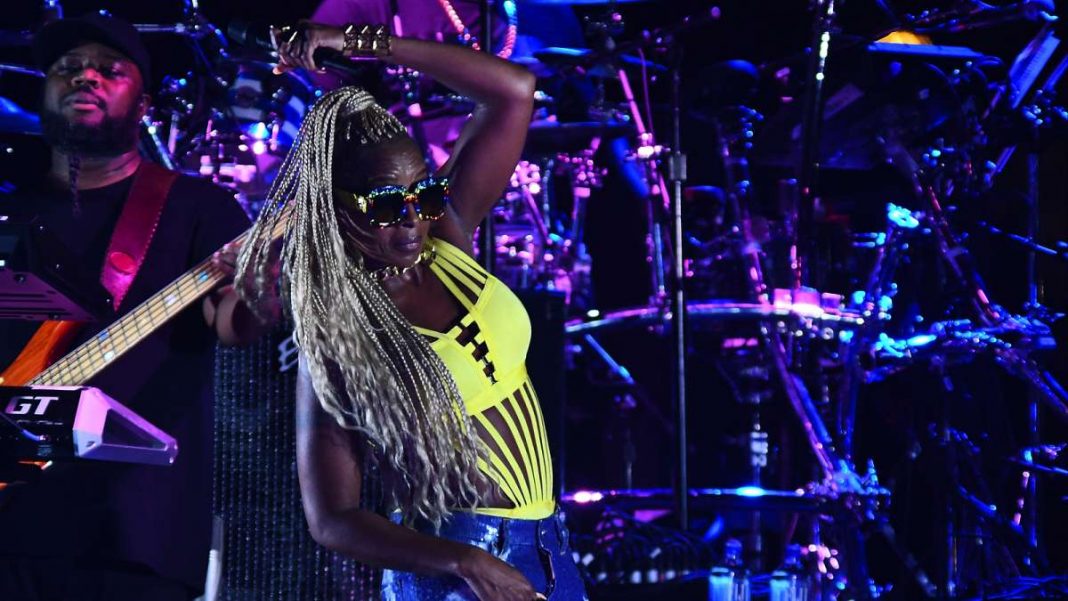 West News Wire: The 2022 tour of Mary J. Blige is going fairly well. She performed at the Super Bowl halftime show and her new album debuted in the top 10 of Billboard’s R&B/Hip-Hop Albums chart. She has now been chosen for a unique concert.

To honor her life and music, Blige will host a one-night-only live performance that will be broadcast exclusively on Apple Music in more than 165 countries. The event is scheduled to begin on July 27 at 7 p.m. PDT/10 p.m. EDT.

According to Blige, “the last year of my career, in particular, has been an exciting ride.” It feels incredible to use this chance to rejoice, reflect, and spend a private evening with my fans thanks to the platform Apple Music is giving me.

Blige’s Apple Music Live concert will be held at New York City’s United Palace Theatre, in Manhattan’s Washington Heights neighborhood. Fans in the greater New York region have the opportunity to register for free for a chance to be in the room when it happens.

The concert coincides with the 30th anniversary of her acclaimed debut album “What’s the 411,” and Apple Music Hits will devote the entire day to Blige, including exclusive programming, music, and interviews showcasing key moments from her career.

“What’s the 411?” with the songs “You Remind Me” and cover version of Rufus and Chaka Khan’s “Sweet Thing” has been named among the 500 greatest albums of all time by Rolling Stone, reaching No. 271. The album is certified three times platinum, with over 3 million copies sold.

The digital concert series had its inaugural performance in May with Harry Styles spearheading the campaign, followed by a live performance by Lil Durk in June.