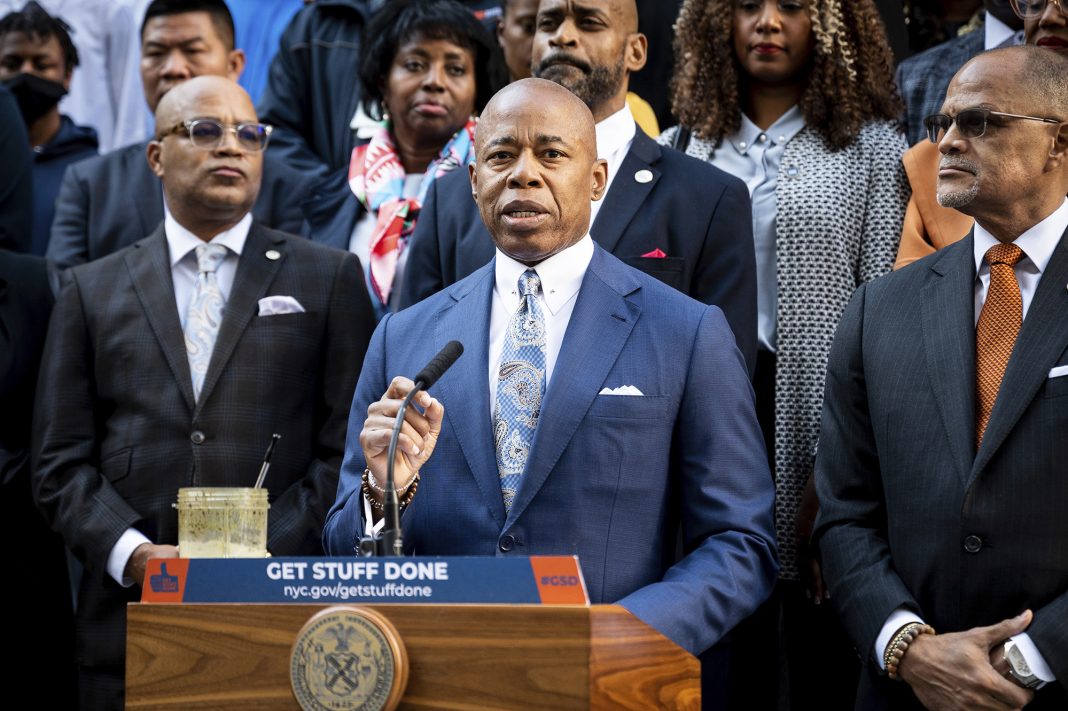 West News Wire: Due to the constant influx of asylum seekers bussed in from Texas and other states, the population in shelters in New York City is breaking records on a regular basis.

In order to help the city deal with the surge of people, New York Mayor Eric Adams announced a state of emergency on Friday and an executive order suspending land use regulations.

Adams claimed to be “The mayor said that what he dubbed a “humanitarian crisis” is being “driven by American politics dynamics,” and that the city’s sympathy was being “exploited by others for political advantage.”

According to Adams, the number of individuals using the shelter system currently stands at 61,000, which “restricts our ability to care for New Yorkers in need.” By the end of the year, he anticipates the city to have spent $1 billion.

There are 5,500 migrant children enrolled in city schools.

“Although our compassion is limitless, our resources are not,” Adams said during a speech from the City Hall Blue Room. “This is unsustainable.”

More than 17,000 asylum seekers have been bused to New York City. Five or six buses arrive each day.

The mayor has appealed to hotels for temporary housing, to the private sector for donations and to religious groups to adopt a shelter and provide assistance.

Mayor Adams, in an exchange with reporters, said the situation with asylum seekers “should be handled at the border.”

Texas Gov. Greg Abbott might agree with that but Adams signaled no willingness to work with Abbott.

He called for a national strategy to spread asylum seekers throughout the country so they’re absorbed by multiple cities.

He appealed to state and federal governments for additional help and he flatly told the city of El Paso to “stop sending buses to New York.”

A spokesperson for the Department of Homeland Security said Friday that the new migration challenges were caused by “by failing authoritarian regimes in Venezuela, Nicaragua, and Cuba” and accused Republican governors of using asylum seekers as “political pawns.”

“We will continue to do everything we can to support cities as some Republican governors intentionally create chaos and confusion with their cruel political stunts,” the statement read.