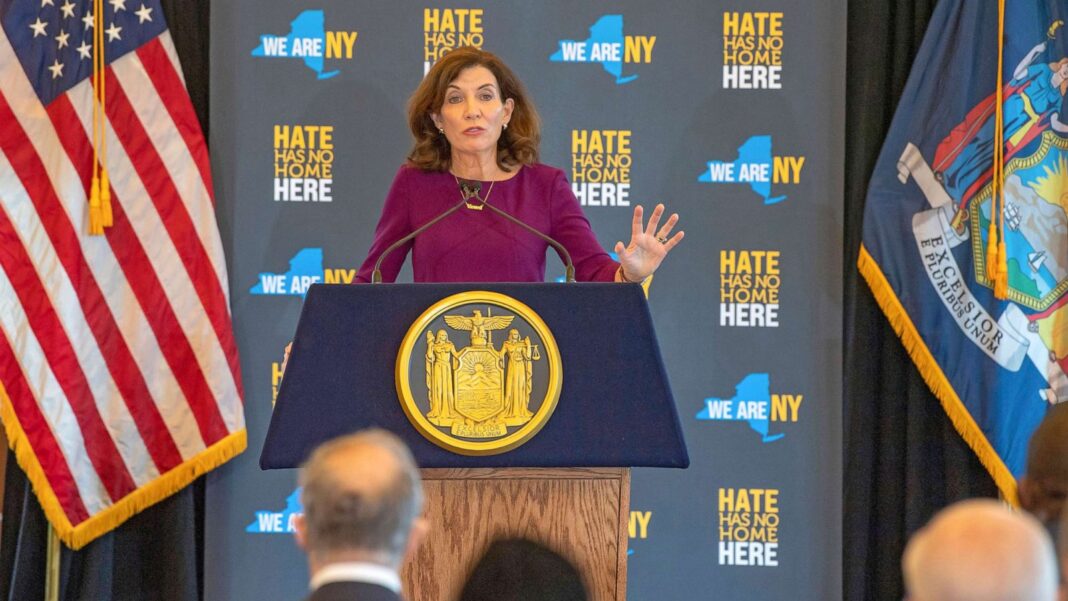 West News Wire: Kathy Hochul has labeled racism a “public health issue,” signing a slew of bills aimed at combating discrimination and racial inequality in the state on Dec. 23.

“For far too long, systematic racism and inequitable treatment have held communities of color in New York back,” Hochul said in a statement last week. “I am honored to sign legislation that confronts this situation head on, tackling prejudice, promoting equity, and enhancing access for everyone.”

The new legislation address the need for thorough data gathering on victims of violence, particularly Asian Americans and Pacific Islanders, who have been disproportionately affected by hate crimes during the coronavirus outbreak.

Legislation S.70-A/A.2230 is intended to enact the “hate crimes analysis and review act,” which will create guidelines for the collection and reporting of demographic data concerning hate crime victims and their alleged perpetrators.

“Our state is meant to be a beacon of diversity, equity, and inclusion, but without the tools to protect our marginalized communities these words carry little truth behind them,” Reyes said in a press release. “The Hate Crimes Analysis and Review Act ensures that we collect accurate demographic data of perpetrators and victims to better protect the communities being targeted. Without data, the plight of many will remain invisible.”

Legislation S.6639-A/A.6896-A will require that the state collect specific demographic information to keep a “more accurate and relevant public record” of Asian-American populations in New York.

Read More
Prices in United States are up everywhere with inflation

Senator Julia Salazar says data collection is important toward acknowledging the needs of certain communities and allowing proper resources to be allocated to them.

“As New York continues to face the devastation caused by the COVID-19 public health crisis, it is essential that the needs of all of our communities be understood and met,” Salazar said in the press release. “For the diverse Asian-American and Pacific Islander communities in New York this cannot be accomplished without detailed data that recognizes and respects the experiences of the numerous groups that make up the AAPI communities.”

The legislation also requir”Asian American communities are among the most impoverished in New York,” Niou said. “They also faced some of the toughest headwinds even before the pandemic began while also being unable to navigate critical government services due to a lack of language accessibility.”

The long list of new efforts will also cover inclusivity in health care, expanding the list of conditions that newborns are screened for to include conditions found in newborns from the Middle East, Africa and Southeast Asia.es the New York State Office of Technology Services to implement language translation technology across all state agencies to ensure that websites and services are translatable into the most common non-English languages spoken by New Yorkers.