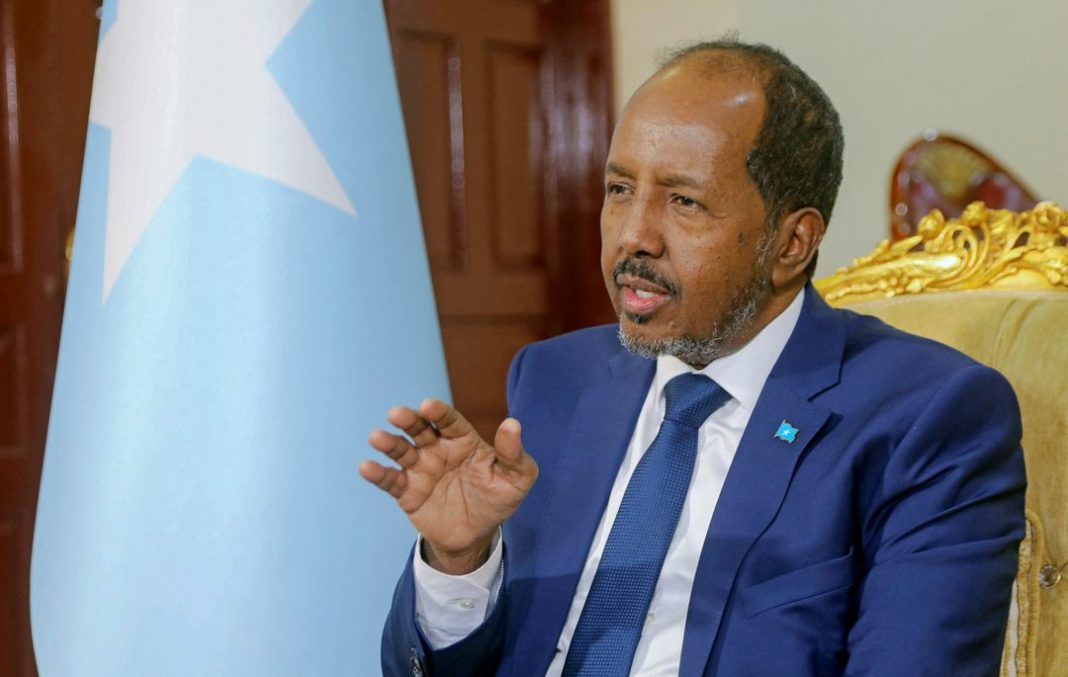 West News Wire: Hassan Sheikh Mohamud, the president of Somalia, claims that he tested positive for COVID-19 while sequestered.

I would like to let my fellow citizens know that I recently tested positive for COVID-19. I haven’t experienced any symptoms yet, but I’ll keep isolating myself and helping the people of #Somalia from my house, he wrote on Twitter on Friday.

Mohamud’s spokesperson, Abdikarim Ali Kaar, reported that the president arrived back in Somalia on Friday after visiting the United Arab Emirates.

On June 22, a video posted on the official Twitter account of the Somali president depicts him meeting Sheikh Mohammed bin Zayed Al Nahyan, the president of the United Arab Emirates. In the UAE, he also encountered Somalis.

Somalia has so far registered 26,748 COVID-19 cases and 1,361 deaths, according to a tally from its health ministry.

Mohamud took office in May after winning the presidential vote for the second time, having previously served from 2012 to 2017.