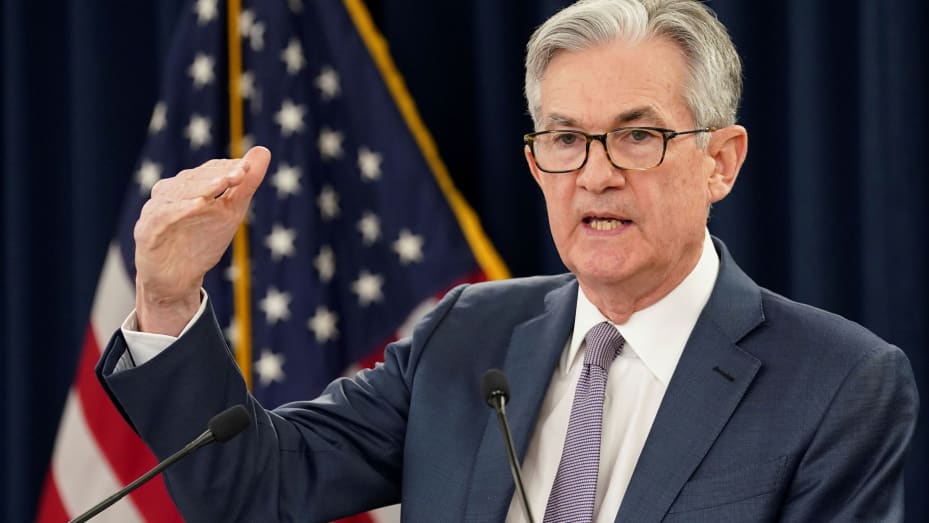 West News Wire:  In his first public remarks on the omicron variant of the coronavirus, Federal Reserve Chair Jerome Powell said that it poses risks to both sides of the central bank’s mandate to achieve stable prices and maximum employment.

“The recent rise in Covid-19 cases and the emergence of the omicron variant pose downside risks to employment and economic activity and increased uncertainty for inflation,” Powell said in prepared testimony released Monday, a day ahead of his appearance before the Senate Banking Committee.

Greater concerns about the virus could reduce people’s willingness to work in person, which would slow progress in the labor market and intensify supply-chain disruptions, he said

Powell, in the relatively brief text, didn’t discuss specific monetary policy actions or the possibility of changing the pace of the tapering of its asset purchases — a key issue that other officials have flagged in recent remarks.

Powell — who a week ago was selected by President Joe Biden for a second term as central bank chief — will appear before the panel Tuesday at 10 a.m., together with Treasury Secretary Janet Yellen, in the first of two days of congressioal oversight hearings related to pandemic stimulus. The House Financial Services Committee will follow with a separate hearing Wednesday.

For her part, Yellen said in prepared remarks to the panel that while she is following news about the omicron variant, “at this point, I am confident that our recovery remains strong.”

Yellen also called on the Senate to pass Biden’s social-spending bill known as Build Back Better, and warned lawmakers they must soon raise the nation’s debt limit. She previously indicated the Treasury could run out of cash potentially after Dec. 15.

“I cannot overstate how critical it is that Congress address this issue,” Yellen said of the debt limit. “If we do not, we will eviscerate our current recovery.”

The discovery of the new variant of Covid-19 has triggered fresh uncertainty over the economy. Governments around the world stepped up restrictions on travel and the World Health Organization warned that the omicron strain could fuel a fresh surge in infections.

Despite strong job growth this year, “there is still ground to cover to reach maximum employment for both employment and labor force participation, and we expect progress to continue,” Powell said, adding that joblessness continues to fall “disproportionately” on Blacks and Hispanics.

Even amid the challenges posed by the pandemic, the U.S. economy is powering ahead. JPMorgan Chase & Co. economists have upgraded their estimate for annualized growth to 7% from 5% for the final three months of the year. The boom has fueled high inflation, with consumer prices in October rising at the fastest pace in 30 years.

“Most forecasters, including at the Fed, continue to expect that inflation will move down significantly over the next year as supply and demand imbalances abate,” Powell said. “It is difficult to predict the persistence and effects of supply constraints, but it now appears that factors pushing inflation upward will linger well into next year.”

Fed officials in recent weeks had discussed the possibility of speeding up the pace at which they scale back the central bank’s monthly asset purchases, which would give them the option to raise interest rates sooner than otherwise next year if needed to keep price pressures in check.

“I am very open to accelerating the pace of our slowdown in purchases,” Atlanta Fed President Raphael Bostic, a voter this year on the policy-setting Federal Open Market Committee, told Fox News in an interview Friday. San Francisco Fed President Mary Daly, who is also a voter this year and has been a dovish voice on policy, told Yahoo! Finance earlier last week that she would accept a faster pace of tapering if inflation continued to run too high. Daly’s interview was conducted before the news of omicron broke.

Fed officials will see reports on CPI and employment for November before their final meeting of the year on Dec. 14-15.