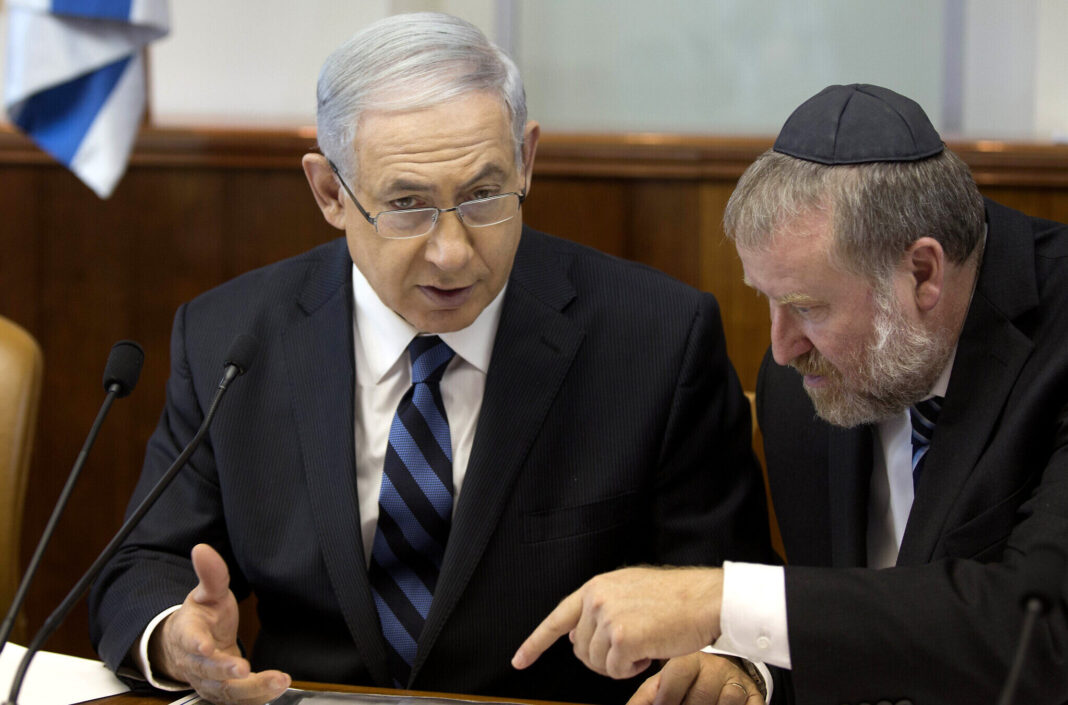 West News Wire: According to a source familiar with the negotiations, former Israeli Prime Minister Benjamin Netanyahu is discussing a plea offer in his corruption case.

The agreement, which may be inked as soon as this week, could force Netanyahu out of Israeli politics for years, setting the way for a leadership competition in his Likud party and upheaval in Israeli politics. Any agreement may save Netanyahu from an unpleasant and prolonged trial over a topic that has engulfed the country and threatens to ruin his reputation.

Speculation of a settlement enraged many, who claimed it would weaken the rule of law.

“The man who worked to destroy the public’s trust in the foundations of democracy for personal reasons is not eligible for deals,” Health Minister Nitzan Horowitz tweeted. He was referring to Netanyahu’s attempts after he was indicted to cast doubt on Israel’s justice system, saying it was biased and pursuing a witch hunt against him.

Demonstrators gathered against the developing deal outside the attorney general’s house Saturday evening. Any deal will likely be challenged in court.

The person involved in the negotiations said the plea deal would drop the bribery and fraud charges and scrap one case entirely.

The person asked for anonymity because he wasn’t authorized to discuss the details of the talks. He said a plea deal would likely be announced in the coming days.

The person said a number of elements remained unresolved, including the inclusion of the charge of “moral turpitude,” which under Israeli law would ban Netanyahu from politics for seven years. They were also deliberating whether Netanyahu would be forced to do community service under the deal.

Including “moral turpitude” would challenge Netanyahu’s vows to return to lead the country after his 12-year reign was ended last year by a coalition of ideologically disparate parties with little in common other than its opposition to his leadership. But Netanyahu, dubbed a political wizard for his ability to survive repeated attempts at ending his rule, could make a comeback when the ban expires. He would be nearly 80.

His departure from the political scene would set off a leadership race in the Likud party, with several lawmakers already promising to run. Likud isn’t expected to remain as dominant without Netanyahu, but would still be a major force under a new leader.

With Netanyahu gone, the more nationalist elements of the coalition could decide to break off from the fragile union and opt to join forces with their ideological brethren.

Netanyahu is facing charges in three different incidents. Netanyahu allegedly got presents worth hundreds of thousands of dollars from rich acquaintances, according to the first.

In the second case, Netanyahu is accused of securing favorable coverage in a major Israeli newspaper in exchange for supporting legislation that would have affected the news outlet’s main competitor, a pro-Netanyahu daily published for free.

The third, dubbed Case 4000, says that Netanyahu lobbied for legislation worth hundreds of millions of dollars in exchange for favourable treatment on Israel’s Walla news site.