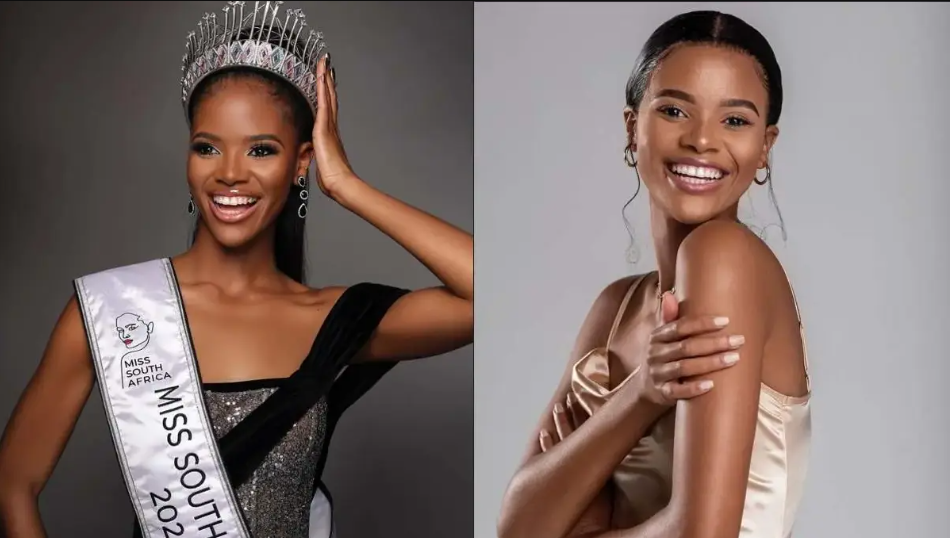 West News Wire: This past weekend, Ndavi Nokeri was crowned Miss South Africa 2022 in a glamorous ceremony in Pretoria.

Social media was swamped with videos of Sandhu at the ceremony, many of which received thousands of likes, especially one in which she says, “Namaste, South Africa.”

Nokeri, 23, a graduate in investment management, comes from Tzaneen in Limpopo. Miss South Africa 2021 Lalela Mswane attended the ceremony, which was held in the SunBet Arena in Time Square, to crown her predecessor.

In the question and answer segment of the show, Nokeri was asked what the most important aspect of keeping unity in South Africa is, and she replied: “To know where you are going, you need to know where you come from. Being a nation that comes from a history of a past of racial segregation, we know that when we were divided, we were at our weakest.

“So as Miss South Africa, I would implore us to stand together and embrace every single culture, gender, race and sexuality because in our diversity we are strong.”

Ayanda Thabethe from Maritzburg, KwaZulu-Natal was the runner-up on the night.

Miss Universe beauty queens are being crowned all over the world at the moment, ahead of the global pageant. The date and location for this year’s pageant are expected to be revealed in a few weeks.

The next national pageant will take place in Iceland on August 24. In the region, Miss Universe Bahrain will be crowned on August 26.

Earlier this month, the global Miss Universe pageant made history by implementing one of the biggest rule changes in its 70-year history, by accepting married women and mothers.

In an internal memo seen by The National, the organisation said the new changes will come into effect from the 72nd pageant, to be held next year.

Preliminary rounds for the 71st Miss Universe have already taken place. More than 35 countries, from the UK to Ukraine and Guatemala to Ghana, have named their representatives, with plenty more to be unveiled over the summer months.