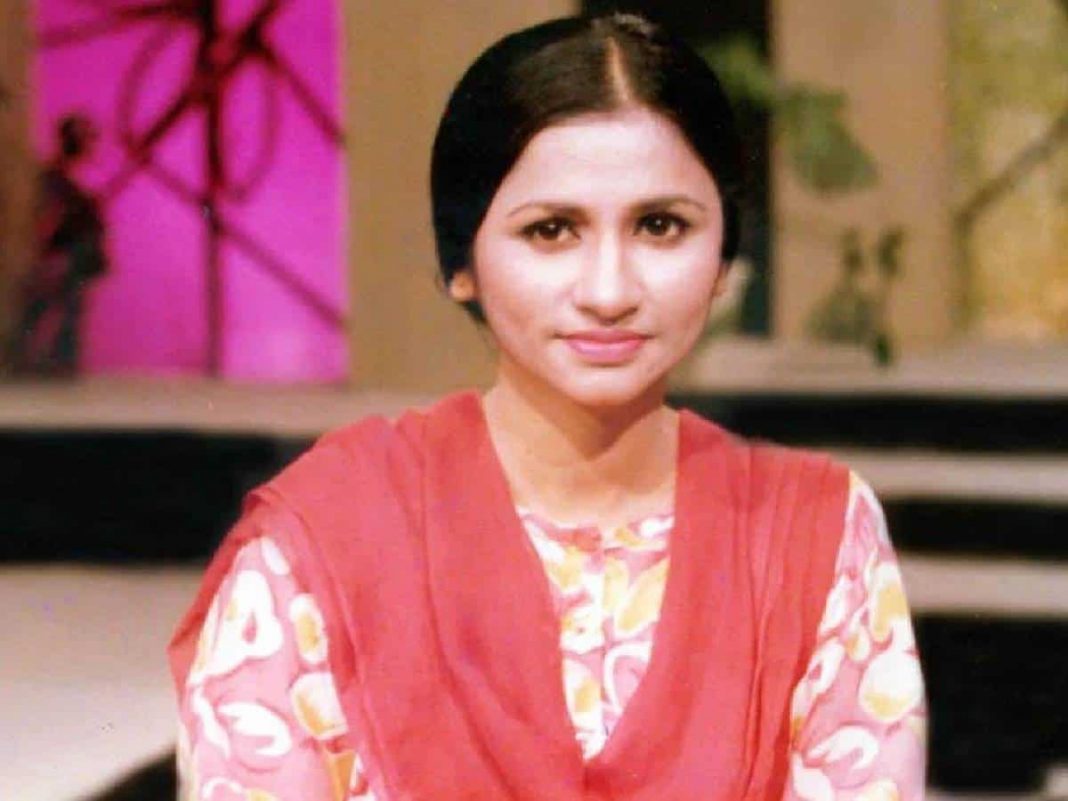 West News Wire: Nayyara Noor, one of Pakistan’s greatest vocalists, passed away in Karachi following a brief illness. She was 71.

Her demise was announced by her family early on Sunday.

Nayyara Noor, who is frequently referred to as “Bulbul-e-Pakistan” (the Nightingale of Pakistan), was born in Guwahati, Assam in India, where she spent her early years before moving with her family to Karachi, the capital of the newly formed Pakistan, a few years later.

She attended the esteemed National College of Arts in Lahore, where her vocal prowess was initially identified, and by the late 1960s she had made her state television debut.

In a versatile career full of iconic songs, she will forever be remembered for her renditions of work by Pakistan’s famous revolutionary poet Faiz Ahmed Faiz music released in a 1976 compilation called Nayyara Sings Faiz.

She also sang some of Pakistan’s most memorably patriotic songs, including Sohni Dharti, as well as countless ones for Pakistani films.

In a career spanning four decades, Noor won plenty of accolades including the Nigar Award in 1973 for best playback singer for the film Gharana.

She was also given the Pride of Performance award by the government in 2006 for her contributions to the arts.

Noor, who was not a trained singer, said in an interview that it was not her plan to become a singer professionally, and it was merely a stroke of luck that she performed in her college, where a professor encouraged her to pursue a career.

She eventually retired from singing in 2012 and spent the rest of her life as a homemaker. She was married to actor Shehryar Zaidi and was the mother of Naad-e-Ali Zaidi and Jaffer Zaidi, both talented musicians and singers in their own right.

The announcement of her death resulted in an outpouring of grief among her fans, who shared their memories and clips of her iconic songs.

In a statement, Pakistan’s Prime Minister Shehbaz Sharif expressed his grief and said Noor’s death would cause “irreparable damage” to the music world.

“Be it a ghazal or a song, whatever Nayyara Noor sang she sang it with perfection. The void created by Nayyara Noor’s death will never be filled,” Sharif tweeted.