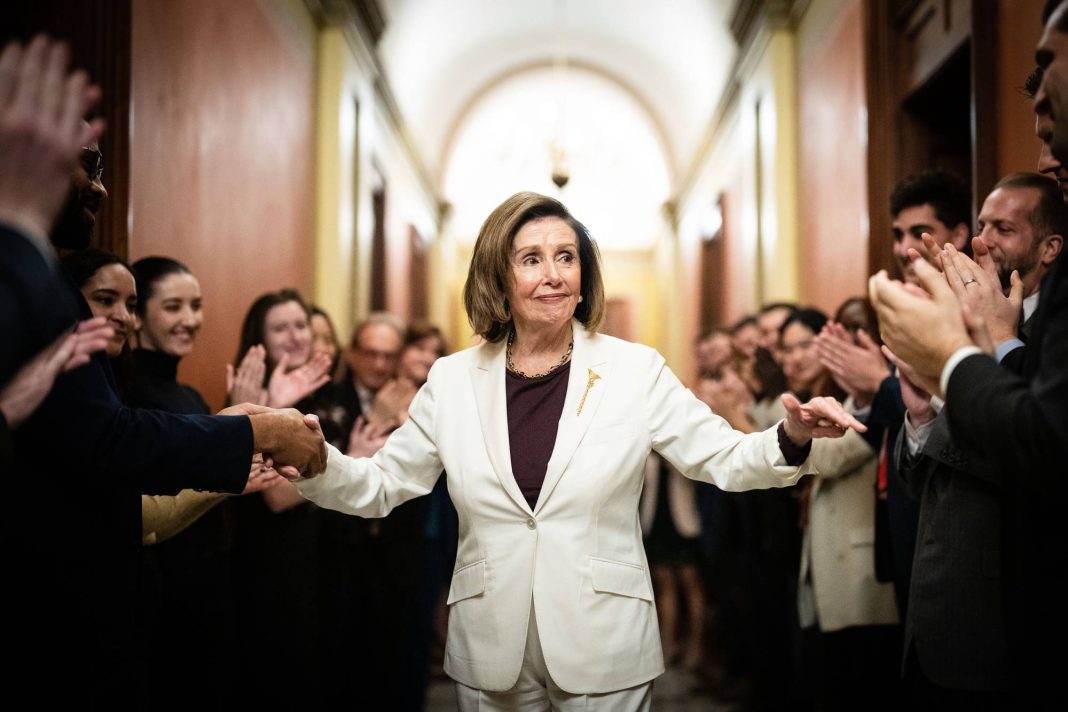 West News Wire: Nancy Pelosi, an 82-year-old California Democrat, announced on Thursday that she would not run for re-election as the head of her party’s caucus but would continue to serve in Congress. After the Democrats lost the majority in the House of Representatives, she made her declaration.

Pelosi said during a speech on the House floor that she would not run for re-election as the Democratic caucus leader in the upcoming Congress, ending her nearly 20-year reign as party leader. “In my opinion, it’s time for a new generation to take the helm of the Democratic caucus, which I hold in the highest regard.”

But she will carry on representing San Francisco as she has for the previous 35 years.

Pelosi has “long defied convention in pursuing power in Washington,” according to AP. She was the first woman to become speaker of the House, and the only one in decades to be elected to the position twice.

Her retirement from leadership has raised questions about the future role for two other prominent Democrats, Steny Hoyer of Maryland and James Clyburn of South Carolina. Both also in their 80s, they have been Pelosi’s closest lieutenants in Congress.

While votes are still being counted in a number of congressional races, semi-official projections indicate that the Republicans will have a five-seat majority in the House after the 2022 midterms election. The Democrats will either continue to control the Senate through the vice-presidential tie-break, or take a 51-seat majority depending on the outcome of next month’s runoff in Georgia.