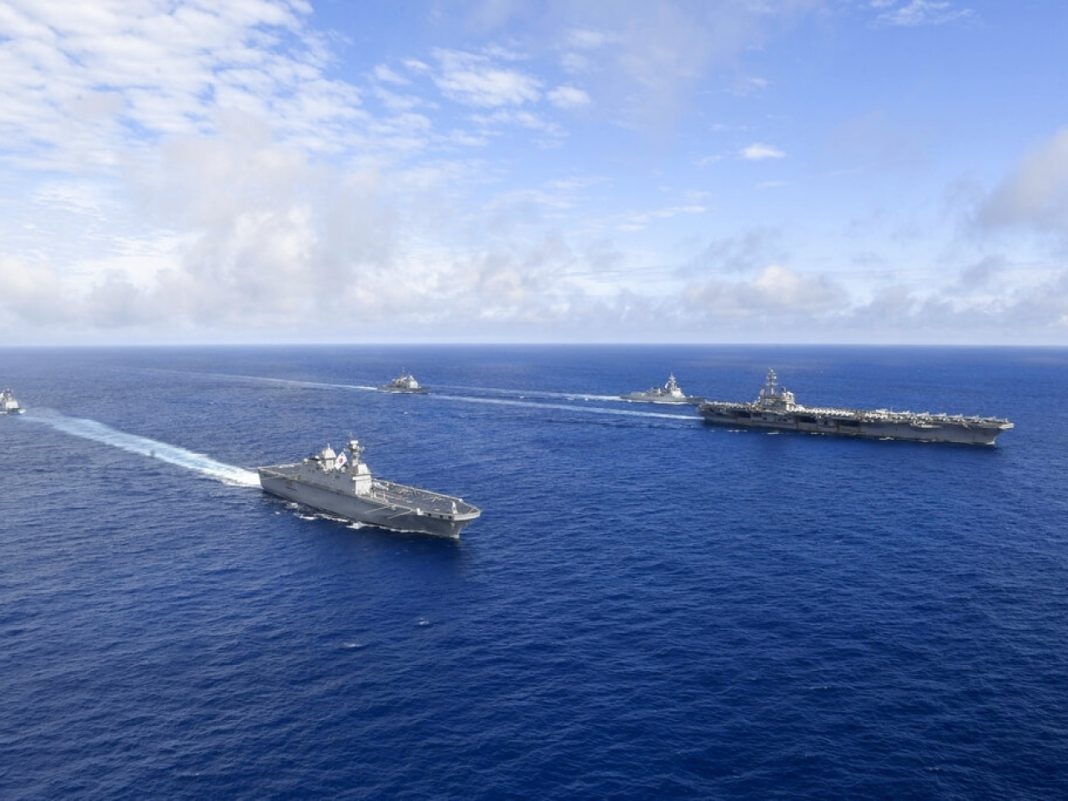 West News Wire: A day after South Korea and the United States wrapped up naval drills in the Philippine Sea, North Korea fired eight short-range ballistic missiles into the sea off its east coast.

The missiles were launched on Sunday from the Sunan area of Pyongyang, according to South Korea’s Joint Chiefs of Staff.

The Japanese government also claimed that the North had launched a ballistic missile.

North Korea conducted its 18th round of missile tests in 2022 alone, including the country’s first demonstrations of intercontinental ballistic missiles in nearly five years.

South Korean and US officials say there are signs that North Korea is also pressing ahead with preparations at its nuclear testing ground in the northeastern town of Punggye-ri. The North’s next nuclear test would be its seventh since 2006 and the first since it claimed to have detonated a thermonuclear bomb to fit on its ICBMs in September 2017.

The NSC meeting conclued that the missile launch was North Korea’s “test and challenge” of the security readiness of South Korea’s new administration, which took office last month, the president’s office said in a news release.

Read More
Sanders: US help in bombing Yemen must end

he three men had met in Seoul on Friday and had pledged to prepare for “all contingencies” should North Korea test a nuclear weapon.

North Korea has criticised previous joint drills as an example of Washington’s continued “hostile policies” towards Pyongyang despite its talk of diplomacy.

Last week, the US called for more United Nations sanctions on North Korea over its ballistic missile launches, but China and Russia vetoed the suggestion, publicly splitting the UN Security Council on North Korea for the first time since it started punishing it in 2006, when North Korea conducted its first nuclear test.