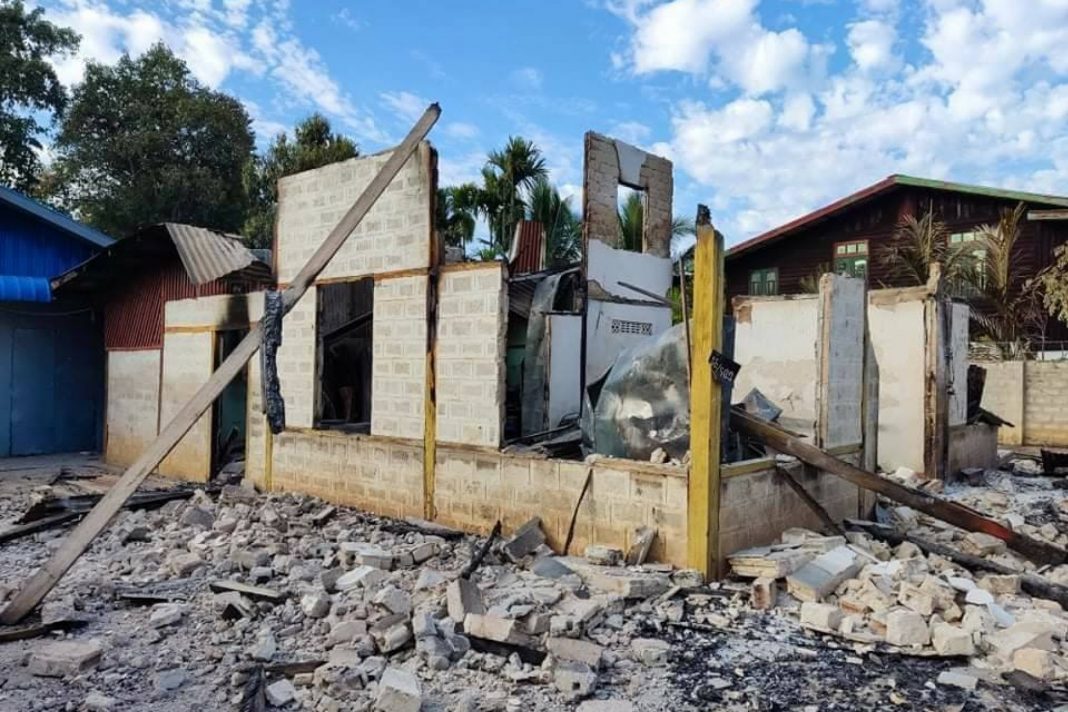 West News Wire: In a series of murders in eastern Karenni State that may amount to war crimes, the Myanmar military has slaughtered civilians and used them as human shields, according to a new study released on Tuesday by the prominent human rights organisation Fortify Rights.

Between May 2021 and January 2022, the group claims it documented attacks on churches, residential homes, displaced people camps, and other non-military targets in the state, also known as Kayah State.

During that time, at least 61 civilians were killed, according to the report.

The revelation comes as ASEAN foreign ministers prepare to convene in Cambodia, despite the fact that no progress has been made on a five-point agreement reached with the military in April that was supposed to halt the conflict.

Fortify Rights said it was time ASEAN gave its support to a global arms embargo.

“The Myanmar junta is murdering people with weapons procured on the global market, and that must stop,” Ismail Wolff, Regional Director at Fortify Rights said in a statement. “Clear and definitive action is needed to compel the Myanmar junta to rethink its attacks on civilians. The UN Security Council must urgently impose a global arms embargo on the Myanmar military, and it would be strategic and sensible for ASEAN to support it.”

The Fortify Rights report is based on testimony from 31 eye-witnesses and survivors, as well as verified photo and video evidence.

It includes new details on the Christmas Eve killings in Hpruso Township, in which at least 40 civilians, including a child and two Save the Children staff, were killed.

A doctor who worked on the autopsies of those killed told the group that some of the bodies were so badly burned they were impossible to autopsy, but that his team was able to confirm that five of the bodies were women and one a girl under the age of 15.

“Some had their mouths stuffed with cloth, so we were pretty sure these people were gagged,” the doctor told Fortify Rights. “Almost every skull was fractured and badly cracked [In some bodies], we could gather enough evidence to say they were burned to death alive.”

In another case, Fortify Rights said the Myanmar army used an 18-year-old man, his uncle, and two other men as human shields during clashes with fighters from the Karenni People’s Defence Force (PDF) in Moe Bye Township on the border with Shan state.

“The soldiers put their guns on our shoulders and shot PDFs, staying behind us,” the man told Fortify Rights. “We were kept tied up and blindfolded. We were tortured a lot, in so many ways. They kicked our bodies, hit our heads with gun handles, and more.” Fortify Rights said three of the men eventually escaped, but it was unable to confirm what had happened to the fourth.