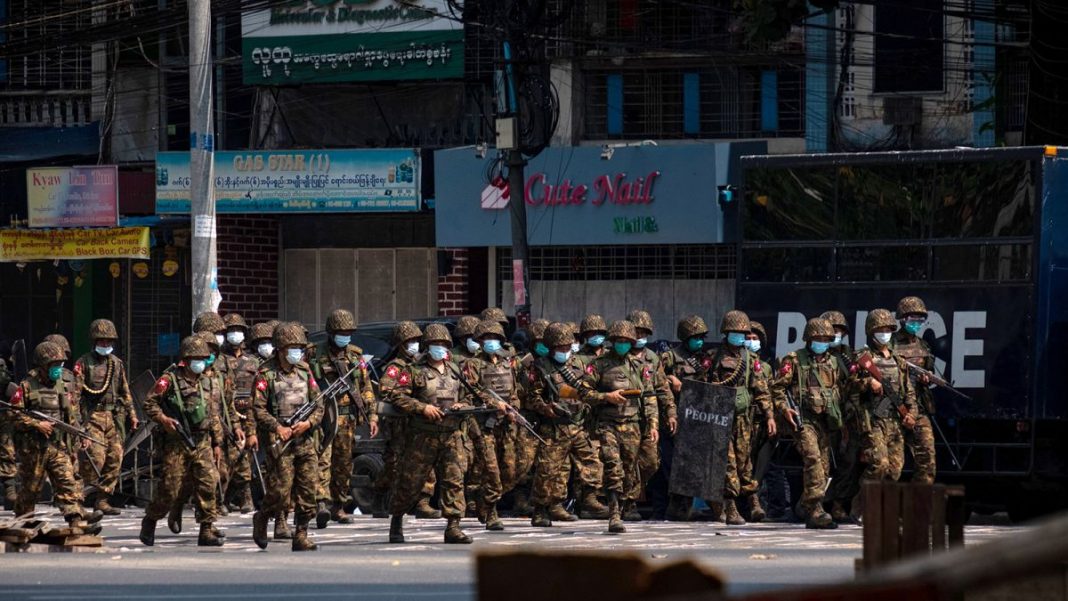 West News Wire: According to new research published on Thursday, Myanmar’s military and police systematically killed citizens hostile to its control in the six months following the February 2021 coup, a policy that amounts to crimes against humanity.

It discovered “reasonable grounds to suspect the Myanmar junta of crimes against humanity.”

It also cited 61 senior officials, including coup leader and armed forces chief Min Aung Hlaing, who should be probed and potentially prosecuted for the alleged violations.

“Justice is sorely needed in Myanmar, and we believe this report can provide the basis for future investigations,” the Schell Center’s Roger Polack, one of the report’s authors, said at its launch on Thursday, noting that the researchers had compared post-coup events in Myanmar with other atrocities around the world in its legal analysis of the military’s post-coup crackdown.

As people in Myanmar came out against the coup with mass protests and strike action, the military went on the offensive, using lethal force against the protesters, arresting rally organisers and civilian politicians, and cracking down on the media.

Based on testimony from some 128 witnesses, including protesters, medics and some former members of the armed forces, the report shows how the military used snipers and live ammunition against citizens, with doctors detailing a significant number of deaths from single bullet wounds to the back of the head or through the heart.

Military deserters told Fortify Rights and the Schell Center that the military had deployed snipers to kill protesters as a matter of state policy to deliberately instill fear among those opposed to its rule.

Some 140 people were killed on March 27 last year, a day after state television had issued a grim warning to the protesters: “You should learn from the tragedy of earlier ugly deaths that you can be in danger of getting shot in the head and back.”

The report also obtained a “fieldcraft” manual for the military that told soldiers to “make sure a bullet equates to an enemy killed” and as well as other leaked military documents, including internal memos that instructed forces to commit crimes.

“If there were any doubts about whether the junta’s crackdown constitutes mass atrocity crimes, this report should lay them to rest,” Tom Andrews, the UN Special Rapporteur on human rights in Myanmar, said at the launch. “The actions of the military junta of Myanmar should be called what they truly are: crimes against humanity.”

The United Nations, in its first comprehensive human rights report on Myanmar since the coup, said last week that the military had engaged in systematic human rights violations, many amounting to war crimes and crimes against humanity. It said the security forces had shown a flagrant disregard for human life, using air raids and heavy weapons on populated areas and deliberately targeting civilians.

Fortify Rights CEO Matthew Smith said Thursday’s report, coupled with the United States determination earlier this week that the military had committed genocide against the Rohingya in 2017, should provide the necessary conditions for the international community to take concrete action on Myanmar, as they had done against Russia over its invasion of Ukraine.

The report made 28 recommendations including that the UN impose a global arms embargo on the Myanmar military, and that governments engage with the National Unity Government established by coup opponents and elected politicians to represent the people of Myanmar.