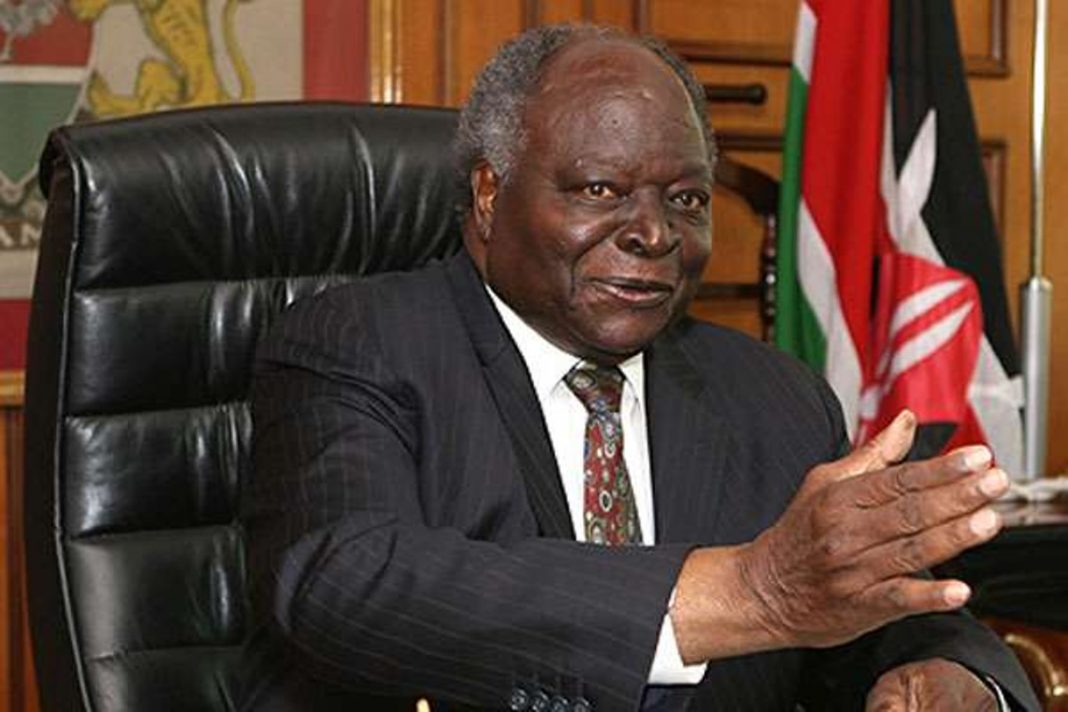 West News Wire: Mwai Kibaki, Kenya’s former president has died at the age of 90. His outstanding political career was tainted when he won a second presidential term, which was followed by fatal post-election violence.

President Uhuru Kenyatta confirmed Kibaki’s death on Friday, calling it a “sad day for the country” and praising his predecessor as a great Kenyan and statesman.

The reason of death was not stated, but Kibaki had been in and out of hospitals as his health deteriorated in recent years.

“Mwai Kibaki will be remembered as a gentleman in Kenyan politics, a skilled debater, and a leader who guided the country’s progress,” Kenyatta said, announcing a period of mourning until his funeral.

Kenyatta described Kibaki as a “quintessential patriot whose legacy of civic responsibility will continue to inspire generations of Kenyans.”

Kibaki served two terms as president of the East African country, ruling from 2002 to 2013.

But his reelection to a second term in 2007 put a dent in his reputation as his victory was disputed by his opponent, Raila Odinga. Odinga asserted that the election result had been rigged and that he had really won the poll.

Hundreds of people were killed in weeks of ethnic violence that followed.

Amid the stalemate, Kenya exploded into fighting along tribal lines that forced more than 600,000 people from their homes. The violence shattered Kenya’s standing as a beacon of stability in East Africa.

The international community led by former U.N. Secretary-General Kofi Annan eventually brokered a fragile power-sharing deal between Kibaki and Odinga, who settled for a new role as Kenya’s prime minister.

But the International Criminal Court brought charges of crimes against humanity against Kenyatta, who had backed Kibaki, as well as William Ruto, the current deputy president. The ICC later dropped criminal charges against Ruto and Kenyatta, who had been charged for their alleged roles in the violence.