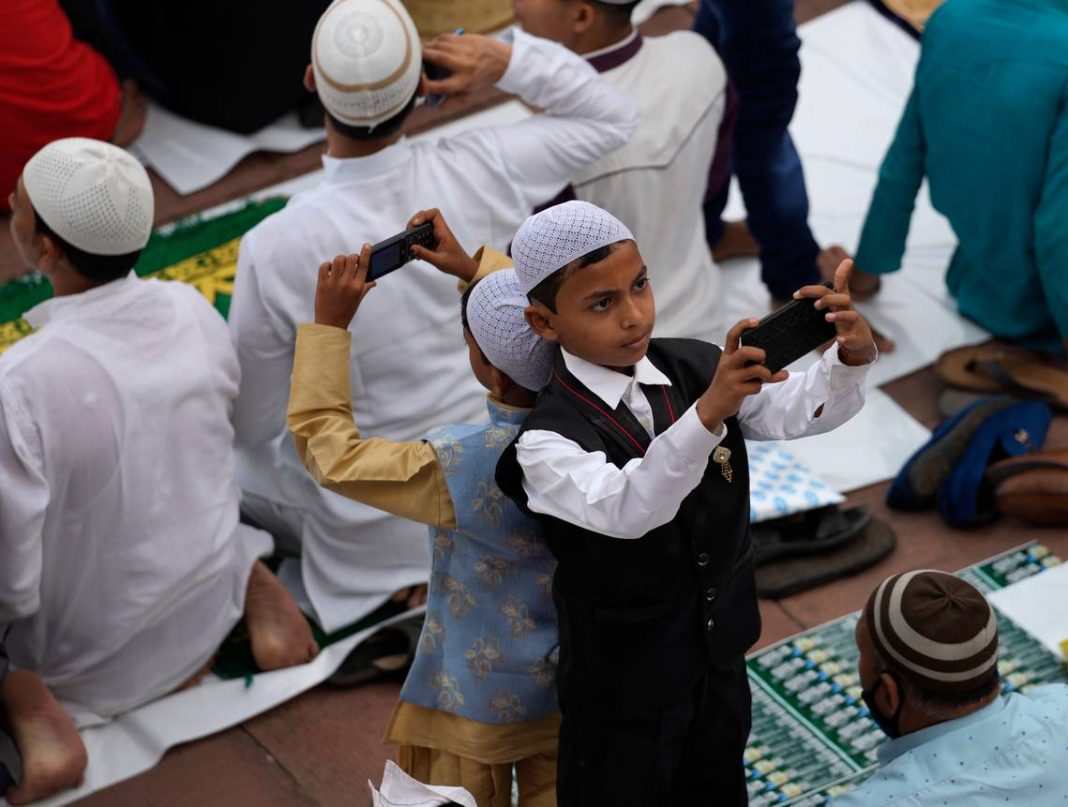 West News Wire: On Tuesday, Muslims across India celebrated Eid al-Fitr by offering prayers outside mosques, with the celebrations coming after a spate of attacks against the religious minority during Ramadan.

This year, Mohammad Habeeb ur Rehman, a construction engineer in India’s financial hub, Mumbai, said, “We won’t have the same kind of festivity.” “This is the most difficult Eid with the worst memories for Indian Muslims.”

Anti-Muslim sentiment and violence have escalated across the country in the previous month, including stone hurling between Hindu and Muslim groups during religious processions and subsequent demolitions by authorities of a number of properties belonging largely to Muslims.

The community, which makes up 14% of India’s 1.4 billion population, is reeling from vilification by hard-line Hindu nationalists who have long espoused an anti-Muslim stance. Some leaders of India’s ruling Hindu nationalist Bharatiya Janata Party have tacitly supported the violence, while Prime Minister Narendra Modi has so far been silent about it.

Eid al-Fitr is typically marked with communal prayers, celebratory gatherings around festive meals, and new clothes, but celebrations in India for the past two years have been marred by COVID-19 restrictions.

In the Indian-controlled portion of disputed Kashmir, the Muslim festival has been subdued for the past three years because of an unprecedented military lockdown after India stripped the region’s semi-autonomy in 2019, followed by the pandemic. The region also saw a rise in violence during Ramadan, with at least 20 militants, two civilians and five police and soldiers killed.

A violent insurgency against Indian rule in the Muslim-majority region and New Delhi’s brutal response have raged for over three decades. Tens of thousands of people have died in the conflict.

In India’s capital, New Delhi, hundreds assembled in the Jama Masjid, one of the country’s largest mosques, to offer Eid prayers there for the first time in over two years due to pandemic restrictions. Families came together early Tuesday morning and many people shared hugs and wishes.

Mohammed Hamid, a software engineer, said he was grateful to be offering prayers at the mosque again.

“It’s a good feeling because there was a lockdown for the past two years. With the grace of God, we are able to offer Eid prayers here with the children and we are thankful,” Hamid said.

The mood was cheerful in neighboring Bangladesh as millions traveled from cities to towns and villages over the weekend to celebrate Eid. Huge crowds gathered in Dhaka’s main Kamalapur Railway Station and bus terminals.

As in India, Eid celebrations in Bangladesh have been muted for the last two years due to the pandemic. This year, the government hasn’t imposed restrictions, instead advising people to follow basic health protocols.

Khaleda Akter, a garment worker in Dhaka, said she is traveling to her village and is excited to celebrate with her parents.

“I am very glad that this year we can travel without any trouble,” she said.