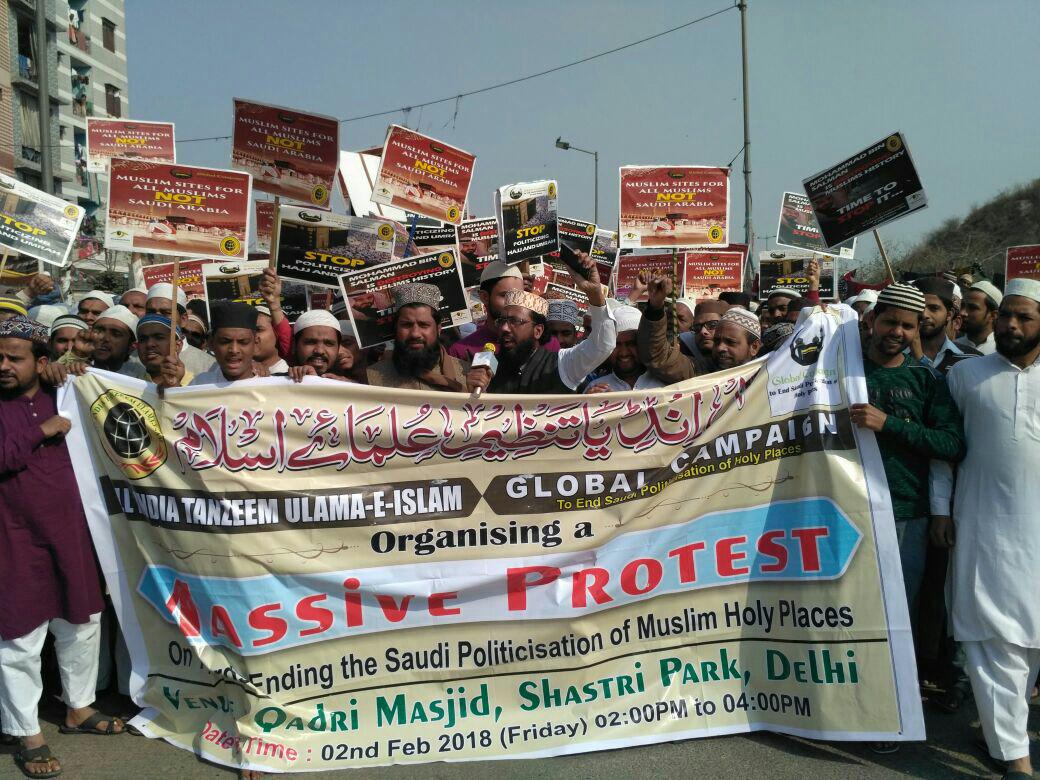 West News Wire: As pilgrims from all over the world began to make their way to Saudi Arabia to perform the Hajj rituals, social and human rights activists started a number of campaigns to stop the persecution and pressure being put on some pilgrims.

One of these campaigns, #HajjIsNotSafe, began operating on June 16 and is still active today. The campaign’s founders launched it in opposition to Saudi Arabia’s politicization of the Hajj rituals and its use of them to persecute and repress Al Saud opponents and critics.

The #HajjIsNotSafe campaign stated in one of its statements: “The Saudi government is obligated by the existence of holy places in its territory and under its rule to respect the rights of pilgrims, and this is a mandatory and an undeniable thing.”

This campaign has received widespread support and participation from activists and cyberspace users, during which activists condemned the arrest of some pilgrims, especially Chinese Uighur Muslims, by the Saudi authorities.

Also, this campaign strongly condemned the Saudi authorities’ use of Hajj as tool to “trap” critics and opponents of other countries and criticized the inability of Saudi Crown Prince Mohammed bin Salman to provide safe conditions for pilgrims.

They emphasized that Hajj is not safe for activists, journalists, and human rights defenders, so they requested the government of Saudi Arabia to stop persecuting them due to political differences with their respective governments.

In addition, social activists and human rights defenders also expressed their dissatisfaction for the politicization of Hajj by the Saudi Crown Prince and accused him of violating the sanctity of Hajj and pilgrims. They emphasized that Bin Salman uses Hajj as a trap to betray Muslims, and this is apart from the billions of dollars of income from Hajj that goes into the country’s treasury, because instead of being spent internally and for the development of the country, it is spent on aggression against other countries, so it is obvious that the people of Saudi Arabia will not be silent about these actions of the ruling family.

In this regard, Turki Al-Shalhoub, a critical Saudi journalist explicitly declared his firm opposition to the “politicization” of Hajj and holy places and emphasized that “Hajj is sacred and is an obligatory duty for all Muslims and Bin Salman has no right to prohibit anyone from performing Hajj.”

Wald Tanifan Al-Otaibi, another Saudi opponent, also pointed out: “The country’s income from Hajj and gas and oil is estimated to be hundreds of billions of dollars, which is spent on the entertainment of the members of the Saudi family.”

He added: The extravagance of members of the Al Saud family has reached to the extent that the crown prince of Saudi Arabia spends millions of dollars to buy a (fake) painting.

Activists and human rights defenders expressed their solidarity with Chinese Uighur Muslims and condemned the Saudi regime’s action in pursuing and arresting them and handing them over to their respective countries. They demanded the release and necessary support for these people.

In addition to condemning the actions of the Saudi Arabian government in pursuing, arresting and deliberately handing over a number of Uighur pilgrims to the Chinese government, the signatories of #HajjIsNotSafe emphasized: While governments such as China and India are not afraid of any repressive measures and discriminatory policies against the Muslims of their countries, the government of Saudi Arabia, which introduces itself as the custodian of the Two Holy Mosques, not only it does not object to the actions of these countries, but in all these years, it has been silent about their policies, rather, it welcomes the officials of these countries with the utmost respect, a clear example of which is “Narendra Modi”, the anti-Islamic Prime Minister of India.

In addition, this campaign condemned the policies of the Saudi government in relation with the Israeli regime, including the activities of companies affiliated with this regime in the country of the Two Holy Mosques and demanded that the connection between this kingdom and the Zionist regime should be cut as soon as possible, which has been occupying the holy place of Muslims Al-Quds, for several decades and killing Palestinian Muslims.