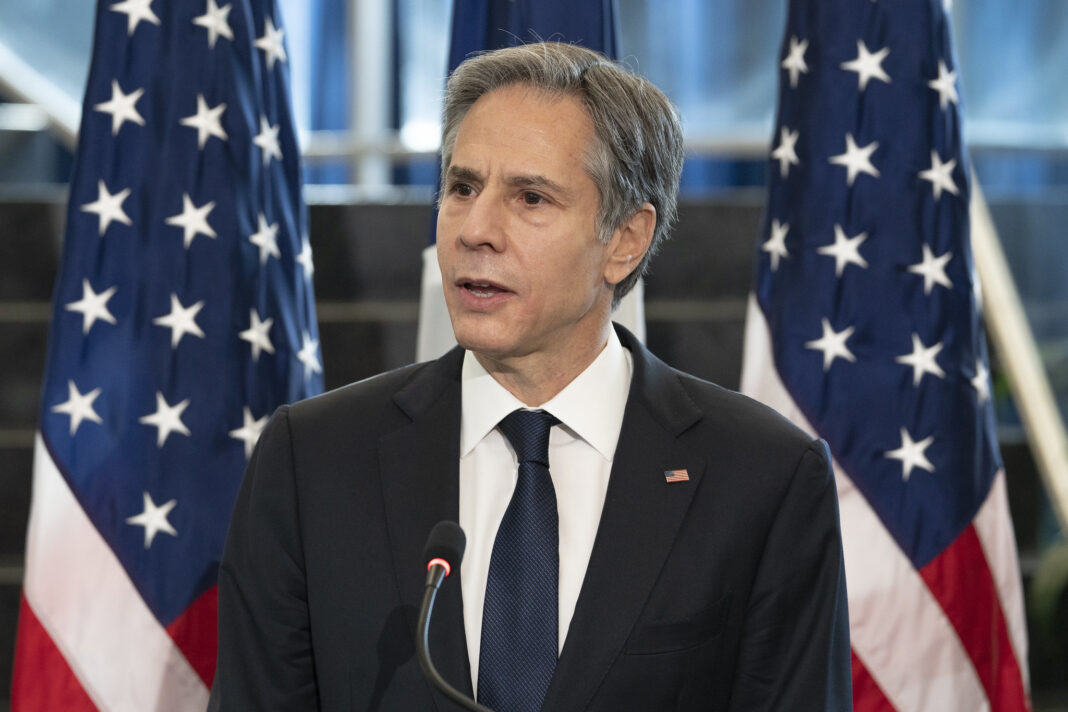 During a Friday press briefing, Blinken was asked about ongoing protests and rioting in Kazakhstan, and he argued that the situation there is distinct from brewing tensions over another Russian neighbor, Ukraine, but that Moscow may have ulterior motives in spearheading a joint security response to quell the violence.

“I think one lesson from recent history is that it’s sometimes quite difficult to get Russians out of your house,” he added at the close of the news conference, without elaborating.

The comment prompted a sharp response from Russia’s Foreign Ministry, which blasted Blinken for making light of “tragic events” unfolding in the ex-Soviet state, where initially peaceful demonstrations over a hike in fuel prices quickly escalated into deadly clashes with security forces, as well as arson, vandalism and looting.

“Today US Secretary of State Antony Blinken joked about the tragic events in Kazakhstan in his typical boorish manner,” the ministry said, dismissing the statement as a “snide remark” while arguing that its peacekeeping effort under the regional Collective Security Treaty Organization (CSTO) is “absolutely legitimate.”

Moscow ramped up the criticism further, also going on to cite a number of Washington’s invasions, interventions and military occupations over the decades, suggesting Blinken might learn a “history lesson” of his own.

“Indians of the North American continent, Koreans, Vietnamese, Iraqis, Panamanians, Yugoslavs, Libyans, Syrians and many other unfortunate people who are unlucky enough to see these uninvited guests in their ‘home’ will have much to say about this,” it added.

Blinken mentioned Russia by name nearly 80 times during Friday’s press event, repeatedly accusing the country of “aggression” while warning of an imminent invasion of Ukraine. Moscow, which denies any such plans, has outlined some steps that could help reduce tensions in the region – including a commitment from NATO not to expand any further toward Russia’s borders. Blinken and the bloc have rejected that idea unequivocally, denying that Washington ever agreed to halt NATO’s growth, despite numerous assurances from previous US leaders that the alliance would not encroach “one inch eastward.”