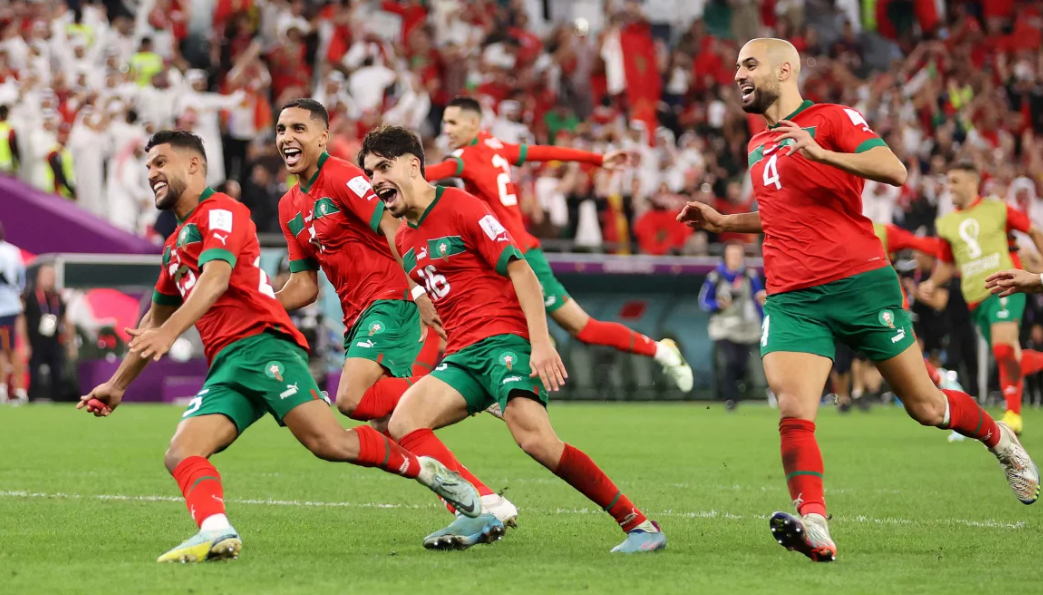 West News Wire: After a thrilling victory over Spain in the World Cup’s penalty shootout, Morocco has secured their place in the quarterfinals.

Achraf Hakimi, a Spanish-born superstar wing-back for the Atlas Lions, put an end to Tuesday’s last-16 match at the Education City Stadium by scoring the game-winning penalty to make it 3-0 on penalties and excite the throngs of boisterous Moroccan spectators.

The loudness is unbearable. Huge celebrations take place in the stands as people hug and clap for their loved ones. Spain is out of the FIFA World Cup 2022.

As the Moroccan players thank their supporters for creating an electrifying environment not just today but throughout the tournament, several spectators start to cry.

On Saturday, Morocco will play either Portugal or Switzerland in the quarterfinals.